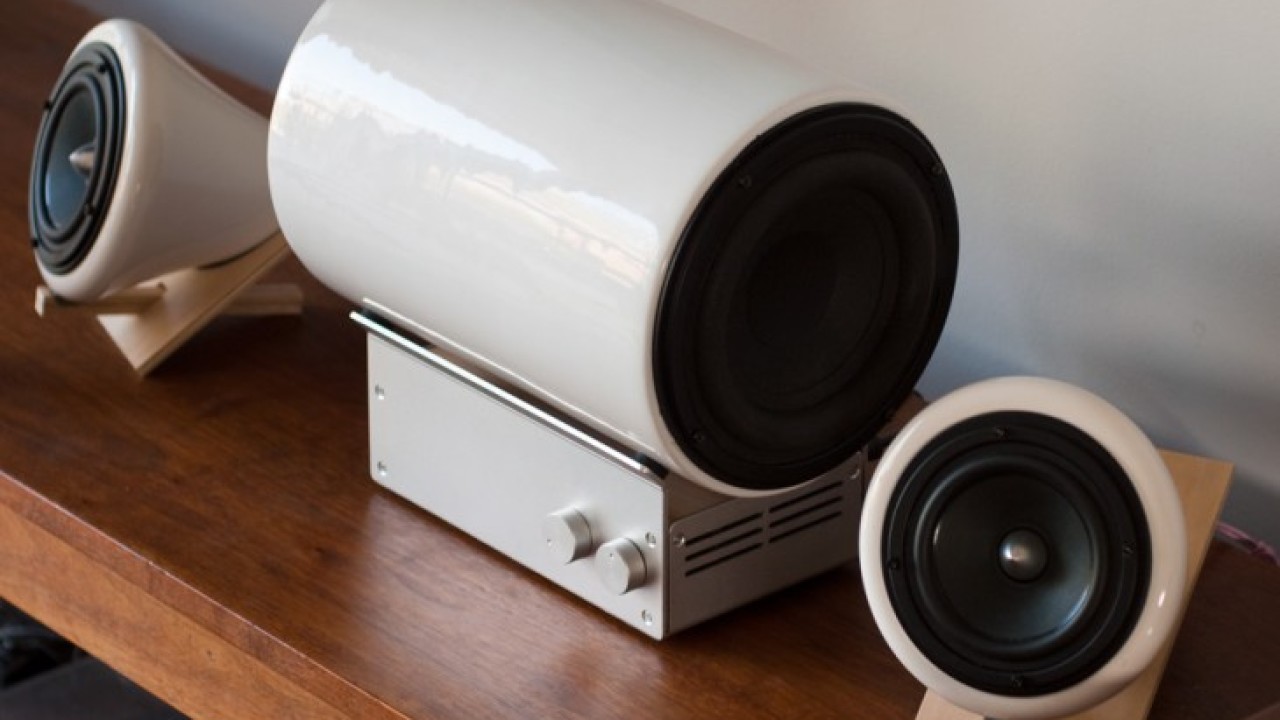 With very few exceptions, speakers are designed to be somewhat utilitarian devices. But what happens when a designer just happens to also have a passion for superior audio? You get Joey Roth, and his ceramic speakers; a $1,000 audio product that sounds every bit as exceptional as it looks. I’ve had the pleasure of testing Roth’s new creation, a speaker set with a subwoofer, and so it’s time to tell you about his project that is designed to fly in the face of the typical market direction.

Roth describes his approach as the “anti-Jambox/Beats” method. Both in form and function, Roth’s directive was to design a set of speakers that not only use all natural materials but also don’t interfere with the audio at any level. To start, he layers ceramic into a thickness that prevents the speaker housings from flexing (cabinet flex is the natural enemy of sound waves), he then caps the backs with cork and uses a custom birch wood stand to display them.

The subwoofer is a single 6-inch driver, with a passive radiator on the opposite side (that means that only one side is powered, but the unpowered “speaker” allows for more air movement, thus more sound). You’ll notice that it’s also powered by its own amplifier, complete with crossover and volume knobs. I asked Roth about the decision to not do a singular volume control and his answer was in line with his design philosophy:

“My goal was to create the shortest, most simple signal path from source to driver, in order to minimize noise and allow the amplifier’s amazing transparency and imaging to shine. Designing a single volume control would complicate the signal path. I tested this configuration, and there was an audible decrease in sound quality. I’ve also found that most users control the volume at the source.” 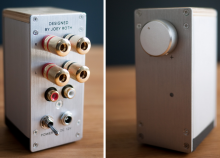 What’s perhaps most surprising is that Roth managed to pack an amplifier that provides 15 watts per channel inside of a minuscule box that sits on your desktop (or dresser, or where ever you choose to use the system). The subwoofer is provided with 50 watts in a single channel. The clarity of the amplifier is unlike almost anything that I’ve heard in over 20 years of testing and owning high-end audio systems.

So let’s talk more about that sound. The first thing that you need to know is that this system, while not difficult to use, requires a bit more involvement from its user than most others. Because there are separate crossover and volume controls for the subwoofer, switching between musical styles will often require you to do minor adjustments in order to get optimal sound.

But that sound is worth the effort. Everything that I threw at the ceramic speakers, from the most pounding of electronic and rap, to delicate strings and punchy jazz was handled without any flaw. I have absolutely no reservations in saying that Roth has designed and built a set of speakers that are positively in the top three of any that I’ve ever heard. What’s important to note, however, is that the two that I’d rate above Roth’s creation will cost you no less than $5,000. With that in mind, Roth’s ceramic speakers are the absolute best that you’ll find in this price range.

The decision to be made is how serious you are about the music to which you listen. You can find cheaper systems that sound just fine, but that’s exactly the problem — Music, as an art form, deserves more than “just fine”. Roth’s passion for art, combined with a desire to display the artwork of others in the best way possible, has led to an exquisite set of speakers that are every bit as much art as they are science. If you’re serious about sound, and about making a long-term investment in getting the best audio possible, then you owe it to yourself to give Roth’s creation your attention.