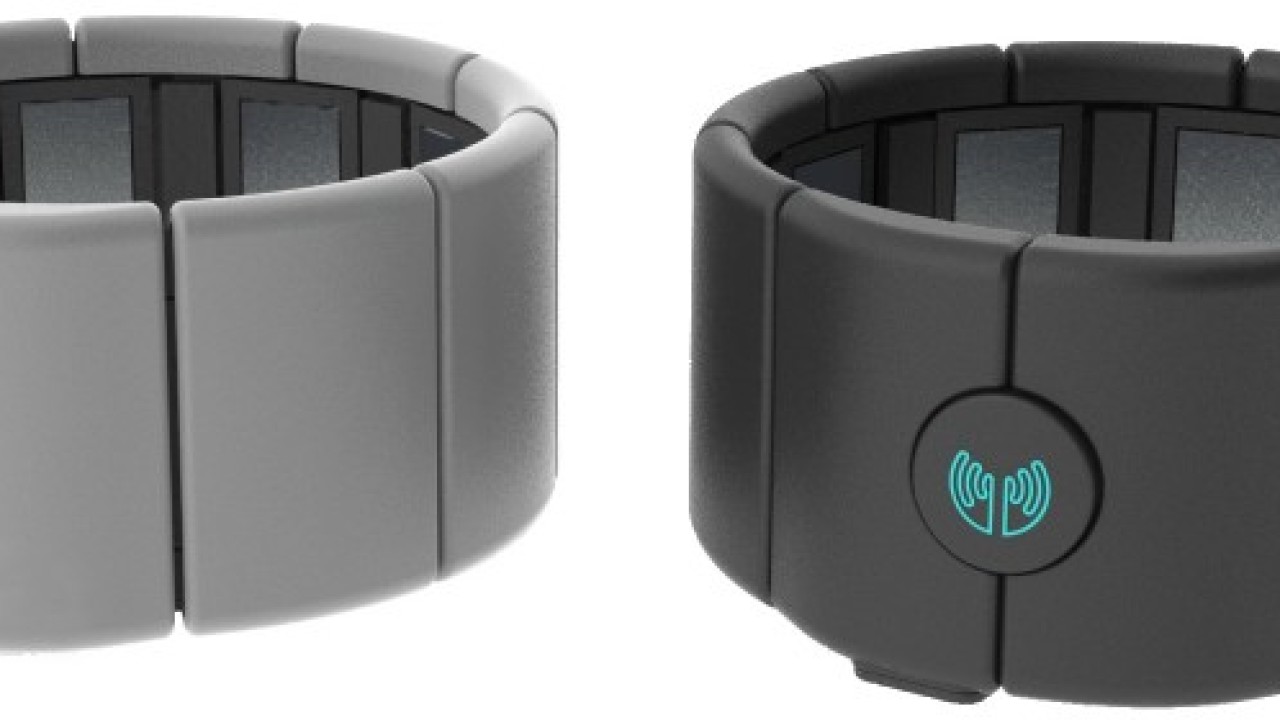 Thalmic Labs has launched an innovative new armband today called MYO, which allows anyone to control and interact with technology using only their fingers and hands.

The unique gesture control device can be worn just above the elbow on either arm and detects the electrical activity produced by the user’s muscles. Some of the real world applications include being able to scroll up and down a webpage just by lifting or lowering your hand, as well as swiping to the left and right with two fingers in order to switch between desktop apps.

A promotional video seen by TNW shows the user stopping a track in iTunes by clenching his hand into a ball, before increasing the volume by twisting his wrist in a circular motion.

The armband might not be restricted to laptops and desktop computers though. Another scene has the user controlling Mass Effect 3, a current generation video game, on a TV simply by extending his arms as if he was holding a sci-fi weapon.

MYO connects wirelessly with other devices using a low energy Bluetooth connection. The functionality is similar to that found in Microsoft’s Kinect peripheral, originally designed for the Xbox 360 console, but which has since become a popular user interface tool for modders.

The difference however is that MYO doesn’t need a camera to sense the user’s movements. It’s certainly a different approach, but will have reduced functionality due to the fact that it’s tracking just one arm – rather than the entire body signature picked up by Kinect.

MYO is available to pre-order today for $149. Thalmic Labs is also launching the MYO API today though, which will allow other developers to experiment with the hardware and hopefully produce new innovative applications.

Thalmic Labs was founded in 2012 by three University of Waterloo Mechatronics Engineering graduates – Aaron Grant, Matthew Bailey, and Stephen Lake. The company has since grown to 10 employees and is now a part of Y Combinator’s winter 2013 cohort.

“As a company, we’re interested in how we can use technology to enhance our abilities as humans – in short, giving us superpowers,” Stephen Lake, co-founder and CEO of Thalmic Labs said. “We’re excited to see how the MYO blurs the lines between us and digital technology.”