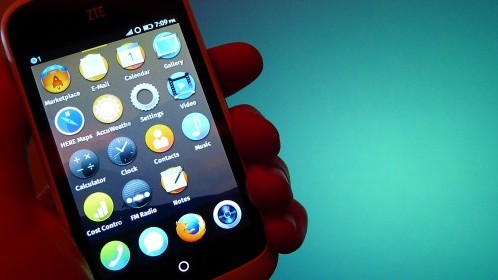 At Mobile World Congress in Barcelona today, Mozilla gave us a crucial first look at two smartphones running the upcoming Firefox OS platform – the ZTE Open and the Alcatel One Touch. It’s been known for a while that both OEMs were developing hardware for Mozilla’s latest venture, but today marks the first time that both firms have revealed specific devices to the public.

The confirmation of both handsets also follows the news that both Huawei and LG would be joining Alcatel and ZTE later this year as hardware partners for the new mobile platform.

Details are scarce on the ZTE Open at the moment, but rumors point to a Cortex A5 processor and a 3.5-inch HVGA touchscreen display. Both of these points would seem accurate given our time with the device; it’s small in the hand and the screen resembles those found in Android devices several years ago.

The Alcatel One Touch, meanwhile, is a little more familiar given that it’s based on the Keon reference design. It houses a 3.5-inch screen, albeit in a slightly larger handset, as well as a 1GHz processor.

We took the chance to go hands-on with both devices at Mozilla’s event, and have posted some photos of them in action below:

Mozilla was also announced that the first handsets would be made available to consumers in Brazil, Colombia, Hungary, Mexico, Montenegro, Poland, Serbia, Spain and Venezuela.