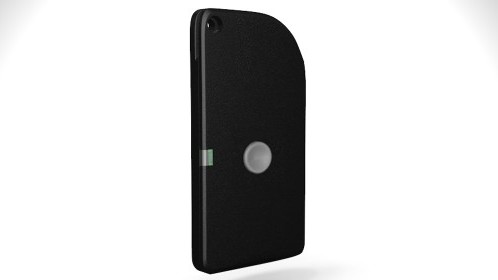 Linquet launched a crowdfunding campaign yesterday to try to get Linquet Mini, its new anti-theft solution that protects your iPhone and other valuables, into mass production.

Linquet Mini is a new idea that involves a small piece of original hardware, a smartphone app and cloud-based service. Using Bluetooth technology, any number of these ‘Linquets’ can be attached to your valuables and then connected to a smartphone using the company’s free app.

Provided the items stay in a specified range of the smartphone, everything will remain silent. When any of your valuables are moved out of range though – the idea being if your wallet was stolen, or you left it at your local bar – both the smartphone and corresponding Linquet will sound an alarm.

The app shows which items have moved out of range, and it can also be used to locate the Linquets at any one time by setting off an additional ringtone. It sounds simple, but it’s very useful if your keys have slipped under the sofa, or you can’t remember which jacket or trouser pocket has your valuables in it.

The cloud-based service mimicks the app online, but also features a mapping service so that if an item is lost, it’s possible to see exactly where it broke the range. This can be useful for working out where your valuables may have been stolen, or remembering if you left your front door key either at the office or in the car.

The app includes three different ranges for each Linquet, offering a degree of customization for different valuables. If you’re about to hit the local bar and want everything close to hand, the yellow option will sound an alarm very quickly. Other items though, such as a camera stowed in your backpack, will be suited to the more lax red option.

The only issue with such a system is keeping on top of all the Linquets. Users might be happy to leave their wallet at home one day, but to avoid an irritating alarm they’ll need to turn it off or adjust the setting in the smartphone app. Even lending your iOS or Android device to a friend – say to take a picture when you’re out and about – could trigger the system, depending on the specified range.

To try to sole this problem, Linquet offers different alarm modes: silent, short and long alarms. These can also be customized based on the time and location of the user, so that provided you’re thinking ahead, its possible to avoid any unwanted ringtones. As a final solution, the button on the device can also be pressed to stop the alarm manually.

Due to the Bluetooth connectivity, the Linquet also has a programmable button that can be used for additional functionality such as a camera controller, temperature sensor or panic button. It’s a nice bonus, but doesn’t build on the core premise all that much.

Backers can reserve the Linquet Mini for $25 on the company’s website. Linquet aims to start shipping the first device in May, provided it hits its funding goal of $75,000 in the next 49 days. It’s worth noting that unlike Kickstarter – where payments are taken once the funding target is reached  Linquet won’t charge users until the device is actually ready to ship.

Once it’s commercially available, the Linquet will be available through a hardware-as-a-service (HaaS) payment model, making the Minis free alongside a $29.99 per year subscription for the cloud-based service.