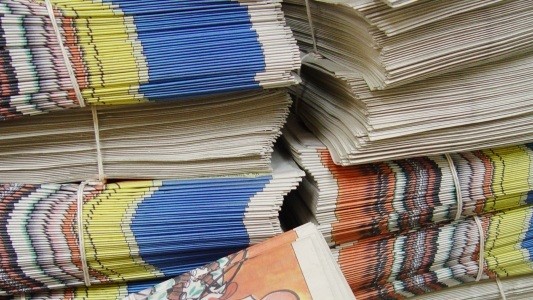 The latest data comes from a new report from comScore based on a rolling three-month sample of 6,000 US tablet owners. Yet the real interesting part is the platform comparison: Amazon Kindle Fire users displayed the strongest propensity for reading newspapers and magazines on their device.

In fact, 39.2 percent of Kindle Fire users read newspapers in August, slightly edging out Apple’s iPad at 38.3 percent. It’s worth noting, however, that Barnes & Noble’s Nook tablet owners boasted the greatest percentage of high-frequency newspaper readers: 13.4 percent did so on an almost daily basis.

When it came to magazine/periodicals, Kindle Fire owners once again showed the highest readership rate at 43.9 percent, followed by iPad users at 40.3 percent. It’s clear this isn’t a coincidence, and is rather interesting given the size difference of the two devices.

It’s clearly not a question of tablet size, however, as the full results show varying form factors don’t have an impact:

Demographic results showed readers were significantly more likely to be male for both newspapers (17 percent) and magazines (11 percent). Unsurprisingly, tablet owners between the ages of 25-34 represented the highest share of readers, accounting for 27.4 percent of newspaper consumers and 28.2 percent of magazine/periodical consumers.

“Tablets are fundamentally redefining how people consume news and information, with the format more conducive to reading longer form content than PCs or smartphones,” Mark Donovan, comScore SVP of Mobile, said in a statement. “In the case of online newspapers, tablets are now driving 7 percent of total page views, an impressive figure considering the relative infancy of the tablet space. Publishers that understand how these devices are shifting consumption dynamics will be best positioned to leverage this platform to not only drive incremental engagement among current subscribers but also attract new readers.”