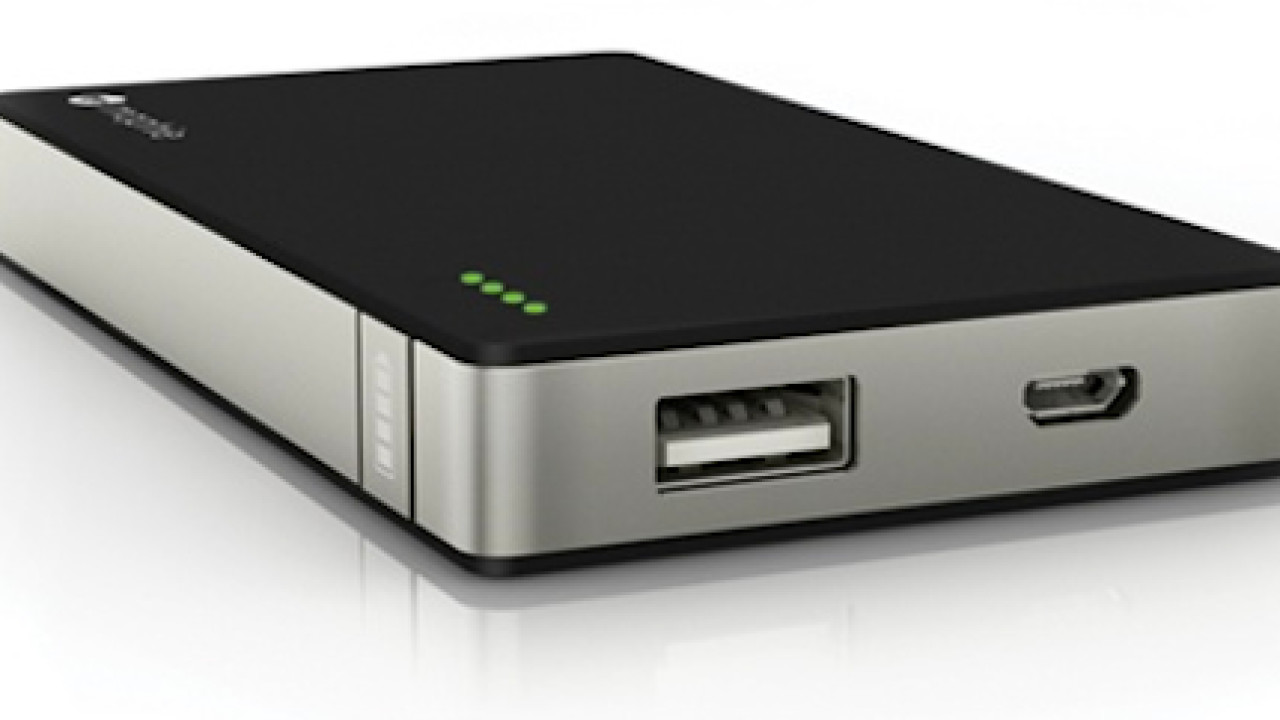 I thought I had found my ideal iPhone accessory when I reviewed the Mophie Juice Pack Plus a few weeks ago. The ability to have my phone go dead, slip it into a case and then fully charge the device once more was amazing to me. Though I’m not a huge fan of the case, I’m a gigantic fan of what it does.

But then I got an email about Mophie’s newest product, called the Juice Pack Powerstation. It’s a behemoth, 4000 mAh battery, tucked away into a small case that’s slightly lesser in size than a portable hard drive. In short, it’s perfect to stick into your laptop bag, providing power when you need it.

Oh, but there’s a twist. The Powerstation doesn’t use proprietary connections like the Juice Pack, it simply has a USB connection. 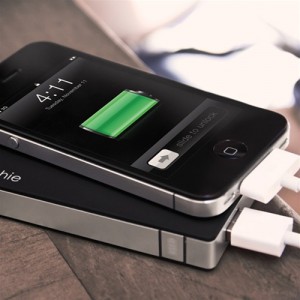 Now let’s put this into perspective. Under ideal conditions, the Juice Pack Powerstation could charge your iPhone from dead to full nearly 3 times before you’d need to recharge it. Have a dead iPad? You’ll be able to charge it to just over half, which should get you through the rest of your day quite handily. In fact, just about every usb-charged device on the market could get nearly a day’s extra life out of the Juice Pack Powerstation.

The Powerstation itself is a good looking device, too. Certainly not something that you’d be hiding when you pull it out. It takes styling queues from an iPhone, with a black front and back, then a silver, metallic band around the sides. There’s not much to it, other than a full USB port, with a micro-USB beside it. The micro, predictably, is what you use to charge the Powerstation once it finally goes dead. Beyond the ports, there’s a single button for checking your battery life vai the 4 LEDs hidden under the front cover.

In real-world testing, I’ve charged my completely dead iPhone back to full, then still had 3 of the 4 LEDs remaining on the Powerstation. Plugging up the Powerstation itself, a full charge took about 2 hours via a wall adapter, and about 2.5 hours when plugged into my MacBook Pro.

As is common with Mophie products, when you take it out of the box (which is a complete pain, by the way, Mophie) it will be fully charged and ready to throw in your bag. In the 3 weeks that I’ve had the device, I’ve not yet seen it lose even 1 LED of power. I’m careful, of course, to not leave anything plugged into the device, but I’m not certain how much difference it would make even if I did.

In short, it’s the multi-device answer that many of us (hey, my wife uses Android, what can I say?) have been waiting for. At an $80 price tag, it’s not cheap, but it’s still a great value. When you figure that extended batteries can easily cost $50-60 and they don’t have nearly the utility that the Powerstation does, it’s a no-brainer decision. Pick it up as an early Christmas gift for the geek in your life.