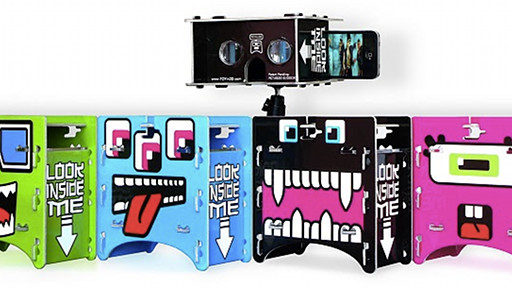 3D movies and TV shows are really starting to gain momentum now, although viewing them on your phone is yet to become a practical reality. At present, only two phones have been announced with support for stereoscopic 3D – the LG Optimus 3D and the HTC Evo 3D. Stepping in to give other handsets a shot at three-dimensional glory is the TOYin3D.

This product from Spanish firm Estado Latente is essentially a small box with a pair of eyeholes in one side. You slide your phone into the other side, line it up with the eyeholes and – bam! – no need to fork out for a new phone, your current handset instantly supports stereoscopic 3D. That’s the theory, at least.

Toyin3D is available in a bunch of different designs, and supports the iPhone, a range of Nokia; Samsung; LG and HTC handsets along with the BlackBerry Torch. Portable media players like the iPod Touch and Sony PSP are invited to the party too.

Oh, and you have to watch trademark-troubling promotional video below. Apparently aboard the Starship Enterprise there’s a phone brand called “THC”.