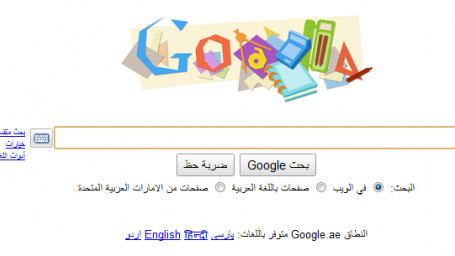 A couple of weeks ago, I got an email from Intel. It seems that the company has designed what it is calling a “Classmate PC“. Noting that I was a parent myself, the representative asked me if I’d like to put a unit into the hands of my kids for a bit of time to see what they thought about it. Naturally I accepted. I also chuckled a bit, inside, at the thought of what condition some of these review units must show when they get back to Intel.

The Classmate PC that I have is a Windows-running machine with an interface that makes it very simple to operate via an included stylus. Oh, they sent an extra stylus too. Just in case. Smart move. Inside, there’s an Atom processor and 1 GB of RAM. There’s also WiFi with the option of 3G, GPS and WiMAX. Intel claims up to 8.5 hours of battery life (I found 4-5 to be a more typical use case) with a 10.1” screen running at 1024×600 resolution.

So, open the thing up and it looks like a rubberized laptop. The keyboard feels moderately sturdy and the trackpad seems to be somewhat reinforced. There are power functions built into the monitor chassis, and that chassis can be flipped and folded to land the Classmate into a tablet configuration.

Sadly, input via the stylus is pretty mediocre, at best. For the vast majority of tasks, I greatly prefer the keyboard and trackpad, both of which have a pretty decent feel to them. There are a couple of built-in applications that use the stylus, including a painting app and a handwriting-recognition platform which is actually quite good.

Intel claims that the Classmate can be dropped from kid-carrying-height without any problems. Granted, I’ve not yet managed to bounce this thing off of the floor, but it does appear that the vibration sensor for the hard drive has had its sensitivity greatly increased. The rubberized carrying handle seems sturdy enough, as well.

So can it survive? That remains to be seen. I was invited to have my kids give it a go, and I fully intend to do just that. Thus far, my son has been using an older HP laptop that we have sitting around and he tends to be pretty careful. My daughter, however, is his antithesis. Let’s just say that I hope Intel has these things insured.

The Classmate is, obviously, intended for the classroom. Priced roughly at $400, they should be moderately affordable for most schools. With proper supervision, the sturdy little laptops should hold up well. I’ve not yet done a full review as I simply haven’t had much time to delve into it yet. I’m getting ready to hand it over to my little ones (6 years and 8 years, so it’s right in Intel’s market range) and we’ll see what they manage to do with it.