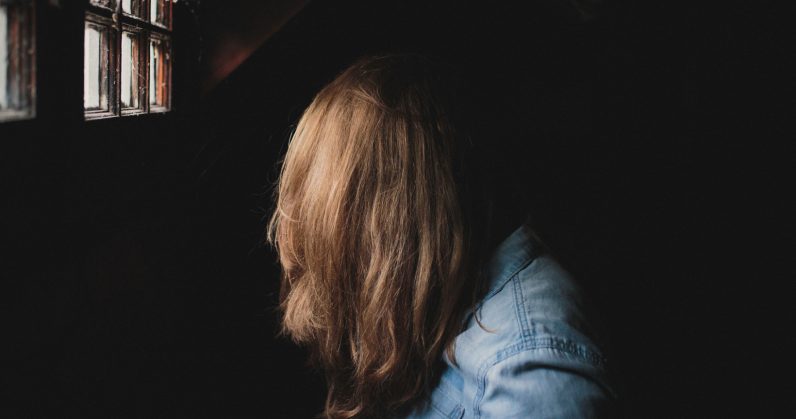 She was a high-flying international human right’s lawyer who worked with refugees. Then she was found dead on a beach in East Sussex. What happened in-between is a story of crime and punishment, and a question of how justice works in the social media era.

Simone Burns, who is also known as Simone O’Broin, first achieved international infamy in the business class cabin of an Air India 777.

She’d been drinking. Three bottles of wine had hit her like a freight train, and the cabin crew decided to stop serving her, provoking a fiery backlash from the intoxicated lawyer. Burns spat in the face of one attendant. She called the cabin crew “Indian money-grabbing cunts,” and tried to smoke a cigarette in the toilet.

When the plane touched down at Heathrow, police were there to take Burns into custody. She was convicted of being drunk on an aircraft and assault and was sentenced to six months in jail.

In a just world, that’d be where this story ends. Our legal system is imperfect, but it’s the best thing we’ve got. It’s based on well-defined rules of engagement, with punishments meted based on precedent and proportionality. And crucially, it provides an opportunity for penitence, redemption, and ultimately rehabilitation.

But in the 21st century, we’ve got a parallel legal system, where we’re all participants, and we’re all judge, jury, and executioner. This isn’t an original thought – it’s explored in detail by Jon Ronson’s excellent book, So You’ve Been Publicly Shamed.

In the case of Burns, the Internet, outraged by what she’d done, set about dismantling her life.

This isn’t hypothetical, and it’s not up for debate. It happened, the details of which are indelibly etched within the public record. During her case, Judge Nicholas Wood acknowledged that she’d been the target of a vicious campaign of cyber-bullying on social media.

“You are a woman, not just of good character but a positive and impeccable character – a righter of wrongs. What this has done, thanks to social media, [has meant] you have had death threats and been a hermit in your home,” Wood is acknowledged as saying in The Guardian.

In the days following her death, which has not yet been comfirmed by police as a suicide, Burns’ friends spoke to the Telegraph, saying that she was unable to come to terms with her infamy. Her “world fell apart,” said one friend.

Social media is a dehumanization machine – which is ironic, given that it’s also a great connector. You can ruin someone’s day from across the planet. And you can do it without the guilt or anxiety of a face-to-face confrontation, because social media reduces people to a handle, a profile, or just an opinion.

Even the etymology of public shaming is inherently dehumanizing. In 2019, we talk of people being “cancelled,” as though they’re unpopular TV shows, and not human beings. And I suppose “cancelled” sounds more palatable than “ruined,” “abused,” or “driven to emotional and mental despair.”

Worst of all, social media feeds into our primal desire for vengeance. It facilitates the kind of mob rule that predates our current system of jurisprudence, and was typified by people crouched locked in stocks, or branded with hot irons. Right-minded people should be absolutely terrified by this regression.

The Internet is brutal at the best of times, but add in a bit of righteous anger, and it gets worse. Burns, a privileged white woman caught racially abusing an Indian attendant, made a tantalizing target. It’s reasonable to think that the stress from being a figure of hate overwhelmed her, driving Burns to take her own life.

People’s lives are being ruined – and yes, sometimes ended – without the framework and proportionality of ordinary jurisprudence. Sometimes it’s over actual crimes; while other times it’s about crimes against the prevailing sensibility, like when adult actress August Ames was accused of homophobia with a tweet that was widely (and, I’d argue, disingenuously) misconstrued by her industry rivals.

The only solution to this is kindness and forgiveness. We need to fight our base instinct for mob justice. And we need to learn to feel sympathy and kindness for those we find fundamentally distasteful, and have done fundamentally abhorrent things. People like Simone Burns. We need to rediscover our collective belief in the inherent value in human life, and that people can redeem themselves.

And if you won’t do it for the wretched, perhaps do it for yourself, because who knows if you’ll one day end up in the firing line of the Internet mob.

Read next: This video shows the impressive tech behind robots walking on rough terrain