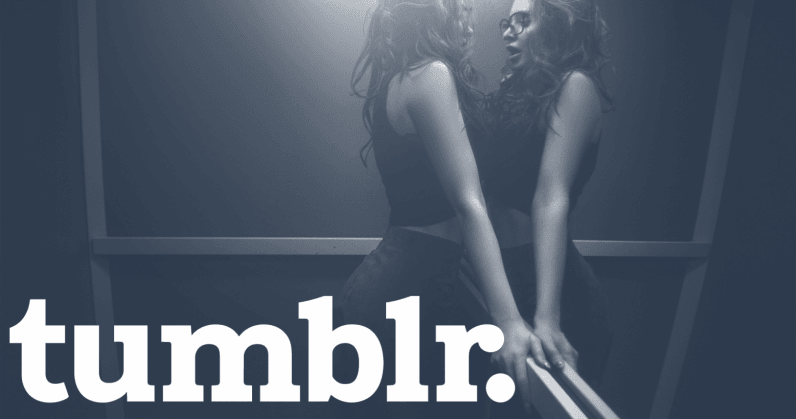 After graphic images of child sex abuse appeared on Tumblr in November, the app was quickly removed from Apple’s App store (it remained on Google Play). And rightfully so. Child sex abuse imagery has no place online, and Apple was well within its rights to stop distributing an app containing it. Then, in a surprising turn of events, Tumblr invoked the nuclear option, announcing earlier this week that it would ban adult content altogether.

In a blog post, CEO Jeff D’Onofrio wrote that “there are no shortages of sites on the internet that feature adult content.” Or, put simply, you can get your rocks off elsewhere.

This led many, including our own Rachel Kaser, to wonder whether the move would spell the end of Tumblr, a platform not built to showcase pornography, per se, but one that certainly carved out a niche for itself doing just that.

“At the time of the study, roughly 30 million active accounts were consuming adult content, either re-sharing it or following the accounts of these producers,” Luca Aiello, one of the study’s authors told Motherboard. “I expect this audience to experience a noticeable drop in engagement: some of them will just churn out, many of them will likely reduce considerably the time they spent on the platform [after the ban].”

For many, it was a place to find like-minded individuals who shared their kinks, a sex-positive LiveJournal, of sorts, for whom they could discuss sex openly, and anonymously, with others who might better understand them. Others were sex workers, fleeing the puritanical ruling class who’d shunned them from sites like Craigslist and Backpage where they could safely make a living. Still others found solace in the friendships they made on the platform in both pornographic and straight-laced communities, friendships that they might not have made in the outside world due to disability, or a shy predisposition.

As different as these users are, they share one thing in common: the grassroots growth of organic communities that led to their arrival at the same place, at the same time.

Women, though, were Tumblr‘s ruling class. And unfortunately, they’ll feel the brunt of the closure.

This led some to an entirely new means of expression. According to adult entertainer Vex Ashley, in an interview with Broadly:

For others, the relationship was more consumption-driven. But whether women went to Tumblr to create, or consume, to interact, or to admire from a distance, it’ll soon be gone.

While there’s certainly an argument to make about Apple, Google, Facebook, and others homogenizing the internet; it’s not the argument that matters most. When Tumblr‘s gone, so is the safe space that women, by and large, so carefully curated for people just like them. Their place to share, consume, and discuss art, in the form of pornography, is now gone.

As Tumblr closes its door on pornography, you have to wonder about the marginalized groups who called these communities home.

Read next: Google is shutting down Allo, to no one's surprise