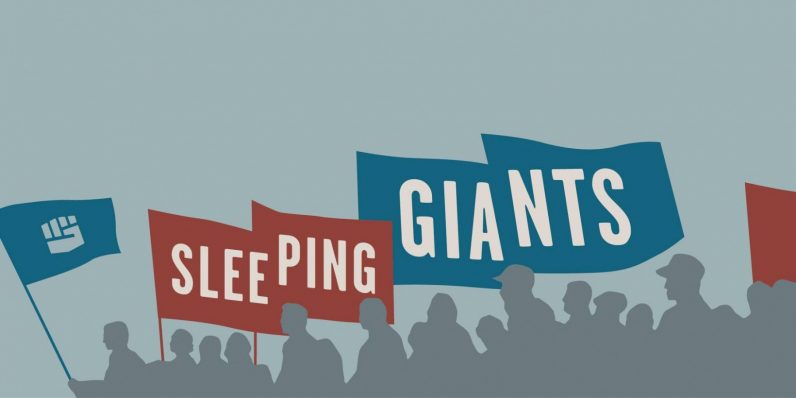 The Daily Caller — a right-wing news site founded by Tucker Carlson — today published an article doxxing one of the people behind Sleeping Giants, a social media campaign asking companies to boycott advertising on alt-right website Breitbart.

The article’s purpose, it would appear, is to expose the personal information of the founder of Sleeping Giants. However, its author is either ignorant or malicious – he also included the founder’s wife’s name, the name of one of her Facebook friends, their location, former employer, and a former school: everything a bad actor needs to wage a harassment campaign.

Perhaps it wasn’t the author’s intent to sic people with ill-intent on an enemy of Breitbart. But, in 2018, you have to wonder how daft a journalist would have to be not to understand the implications of such an act. It further boggles the mind to suppose such complete ignorance would also extend to whomever does the editing and approvals at The Daily Caller.

And, it’s apparent the author knew Sleeping Giants wanted to remain anonymous, so there had to be a conscious decision made to write the story anyway. The article states the founder of Sleeping Giants:

…took steps to protect his identity, including deleting his personal social media accounts, but he dropped hints about himself in interviews with reporters that led The DCNF to identify him as the group’s founder.

What’s worse, the article’s author avoids explaining the positions held by the person they’re doxxing. A person with no knowledge of the situation could be led to believe that Sleeping Giants is merely an anti-Trump organization bent on attacking a news site – Breitbart – that’s traditionally been very kind to Trump and conservatives in general. The article, at one point, says:

It’s interesting to note that The Daily Caller has no problem publishing the personal details of a political activist and his family, but they found it necessary to withhold the actual Tweet that Ingraham sent out prompting @slpng_giants to join that particular boycott.

In the tweet, which Ingraham has not deleted as of the time of this writing, she mocks a 17 year-old school shooting survivor over a report he wasn’t accepted for admission at several universities.

David Hogg Rejected By Four Colleges To Which He Applied and whines about it. (Dinged by UCLA with a 4.1 GPA…totally predictable given acceptance rates.) https://t.co/wflA4hWHXY

The author also fails to mention why Sleeping Giant’s entire purpose is to, as the article says, “cripple Breitbart.”

Maybe, it’s because Breitbart is a platform for hate speech. One article you can find there, transcribed from a speech made by alt-right attention seeker Milo Yiannopolous, starts off “Hello, faggots! Welcome to the Dangerous Faggot Tour! My name is Milo Yiannopoulos, the supervillain of the Internet and the aforementioned dangerous faggot.”

What follows is a hideous hate-filled rant claiming cyber bullying isn’t real, from the mind of a clearly disturbed human being masquerading as an aloof bigot.  There’s hundreds of similar articles on the site, this isn’t an outlier. You can read more on the website of not-for-profit anti-hate organization Southern Poverty Law Center.

Sleeping Giants, for its part, handled the outing with aplomb. The man who was identified as being the organization’s founder tweeted about the article using the @slpng_giants Twitter account.

Last night, @peterjhasson from @dailycaller decided to publish my name as well as the names of my family & friends.

And, curiously, a tweet I wrote to Ikea customer service. Which is weird. pic.twitter.com/DVhJt1p90L

Of course, it didn’t take long before alt-right activists used his personal information to try and organize retaliatory boycotts.

Sorry. Just need to address something that appears to be “trending”. Matt Rivitz has not been employed by @GSP in almost a decade. Find someone else to counter-boycott. https://t.co/TRIS6y8rxo

Trolls have already created Twitter accounts for the sole purpose of disparaging the Sleeping Giants organization and its founder.

Let's summarize: After harassing thousands of businesses with false claims, @slpng_giants Matt Rivitz tried to delete his own presence from the internet, and is complaining he is being harassed for being a topic of public conversation. This has barely started. Get ready.

Sleeping Giants, whether you agree with it or not, has a right to organize like-minded individuals in defiance of what it feels is a platform for hate. And its founders shouldn’t have to worry about ‘journalists’ making a grandiose spectacle out of exposing their family’s and friend’s personal information.

Publishing that article was a shitty thing to do, but unfortunately for The Daily Caller, and the either ignorant or malicious people who allowed the story to run, Sleeping Giants isn’t going away.

Actually @DailyCaller is wrong. It is I, the person behind @slpng_giants. pic.twitter.com/5OFVbf9zI7

Isn’t there an old saying about awakening large slumbering people or something?

Read next: Fans pay homage to Drake by hurling themselves from moving cars