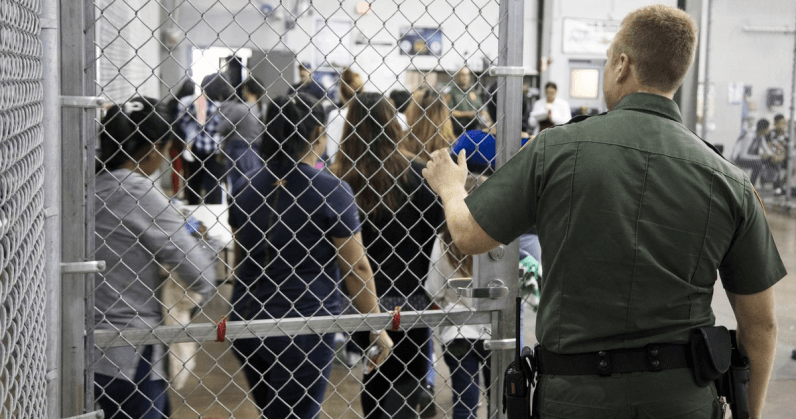 CEOs didn’t hesitate to speak out about the plight of the “dreamers.” Their voices, coupled with those of employees, echoed through halls of multi-billion dollar campuses as they organized rallies and fundraisers to support same-sex marriage. But when it came time to shift their collective anger to our southern border — where a humanitarian crisis is playing out in front of our very eyes — silence.

In the past 24 hours, numerous CEOs have taken to Twitter or issued statements on corporate blogs publicly condemning the actions of the current administration. And the catalyst for the flood of activity, in case you were wondering, appears to be the excellent work of ProPublica, who yesterday released audio captured inside a CBP detention center.

Jack Dorsey, co-founder and CEO of Twitter, took to the platform he helped create to solicit ideas from its users.

Apple CEO Tim Cook told the Irish Times that it was his intention to work with officials inside government to be a “constructive voice” in the debate. “It’s heartbreaking to see the images and hear the sounds of the kids. Kids are the most vulnerable people in any society. I think that what’s happening is inhumane; it needs to stop,” he said.

Facebook’s top execs, Mark Zuckerberg and Sheryl Sandberg, each donated an undisclosed sum of money to a fundraiser that has currently raised in excess of $5 million (toward its $6 million goal). Zuckerberg also donated to the Texas Civil Rights Project, and is currently holding a fundraiser on his page to raise even more cash.

It’s unclear why it took so long, but tech’s elite are, finally, beginning to react — if only to provide the equivalent of thoughts and prayers.

Blog posts and statements only go so far, especially when companies like Microsoft — under public pressure to react after a January blog post boasting of its contract work with US Immigration and Customs Enforcement went viral yesterday — seem somewhat content in straddling the middle.

The company yesterday deleted language in the aforementioned post about the sense of pride it felt for supporting ICE, only to add it back in later in the day. Microsoft now finds itself on a tightrope of sorts, attempting to please both its civilian and government customers. In a statement issued after the blog post hoopla yesterday, the company said it was “dismayed by the forcible separation of children from their families at the border.” Yet, as our own Tristan Greene pointed out, the company wasn’t dismayed quite enough to end its Azure contract with ICE.

It makes you wonder how far tech’s leaders are willing to push the issue. Lip service is nice, after all, but action is better. Condemnation on Twitter is a sorry alternative to using Silicon Valley’s collective influence to enact real change.

But after Facebook narrowly escaped its trial by fire for continuously proving to be both ineffective and apathetic at protecting user data, many have speculated other major companies, like Google, could be next on the chopping block.

With a threat like this looming, it’s hard to imagine anyone who’ll willfully stick their neck out while waiting in line at the guillotine.

Amazon CEO Jeff Bezos, for example, drew the ire of the Trump administration only to watch it devolve into an obsession of sorts by the President himself. All because the Bezos-owned Washington Post printed unfavorable coverage of the President in the run-up to the 2016 election. Now, Trump has threatened to challenge Amazon’s tax treatment in the near future, citing concerns for mom-and-pop retailers. According to a source familiar with the matter, in a comment to Axios, “[The President has] wondered aloud if there may be a way to go after Amazon with antitrust or competition law.”

In a tech climate where many of the blue chip companies have faced criticism for anti-competitive practices and sometimes even been referred to as “monopolies,” it seems all but certain few are going to have the fortitude to push the envelope much further than they already have.

It’s not silence, but it’s close.

Read next: Steam's new tool shows how much money you've blown on games