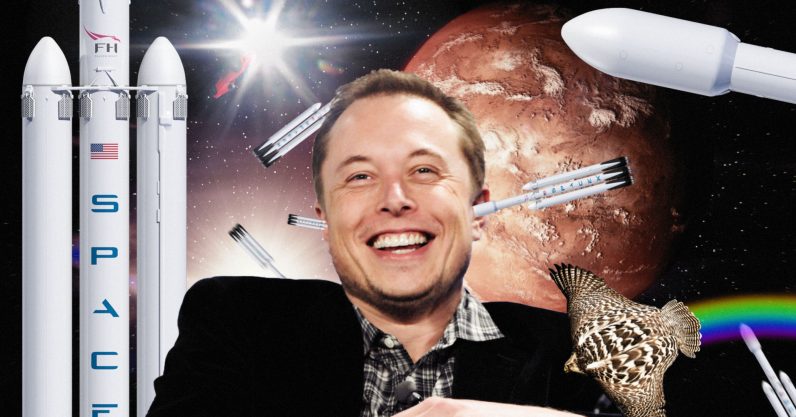 The dry heaving started sometime on Tuesday, shortly after Elon Musk took to Twitter to announce Tesla would be laying off nearly 10 percent of its workforce. Or, maybe it was a couple weeks earlier when he took a swipe at the free press for its commentary on the most recent Tesla incident.

Difficult, but necessary Tesla reorg underway. My email to the company has already leaked to media. Here it is unfiltered: pic.twitter.com/4LToWoxScx

Retching intensified later when he assured us the cuts weren’t profit-motivated — the company hasn’t been profitable in 15 years, after all — but a pruning measure to remove redundancies.

Nothing about the statement surprised me. It’s Silicon Valley boilerplate, the type of language used to pacify shareholders while ensuring the media that [insert company here] values its employees above all else. They’ll pick up the pieces and move forward, one step closer to achieving their goal of making the world a better place and blah blah blah disruptive force.

This isn’t weird to me. What’s weird was the level of hero worship that came next.

It started as a trickle, a few comments praising Musk on his leadership while reassuring him that this was the right choice for the future of the company — as if anyone, including Musk, could possibly know what the right choice was for Tesla.

And then it began to pour.

I know they will, but still tough for them I'm sure… and you, as I see how much you care about not only the mission of Tesla but the people that work for you and the customers. Deeply respect that.

Even ex-employees — those recently canned as part of the “corporate restructuring” — jumped aboard the train, massaging the man’s ego before heading to Indeed.com or LinkedIn to find their next paycheck.

It’s as if they’d forgotten it was Musk’s leadership that led them to this point, a point where Musk, the man, became a legendary figurehead in the never-ending tech hype cycle while Musk, the CEO, still hasn’t proven he can run a profitable business since his departure from PayPal in 1999.

But still, people worship the guy. And it’s hard not to. Musk’s visions are that of a 12-year-old given an unlimited amount of money and told to “go play.” Building rockets and flying them into space? Awesome. Connecting the brain to a computer in an attempt to build cyborg humans? Why not? Digging giant tunnels under cities using heavy machinery? Fuck yeah.

But somewhere along the line, distracted by the shiniest of distractions, we lost the man himself. We overlooked the fact that Musk, the supreme leader of all that is holy in tech circles, the high priest of hype, the real life Tony Stark, might not actually be infallible.

It’s Musk that continues dividing his attention between an ever-grown stable of companies while real people could have benefited from his increased focus. He’s begun counting wins in the aggregate — successful SpaceX landings, Boring Co. contracts, and sales of the “Not a Flamethrower.” Musk sees a win as a win, regardless of the company responsible for it. A win for Boring Co., seemingly, is still a win for Tesla.

But maybe it’s just a win for Musk.

Read next: WhatsApp might be working on a 'real' Windows app ahead of the Surface Phone