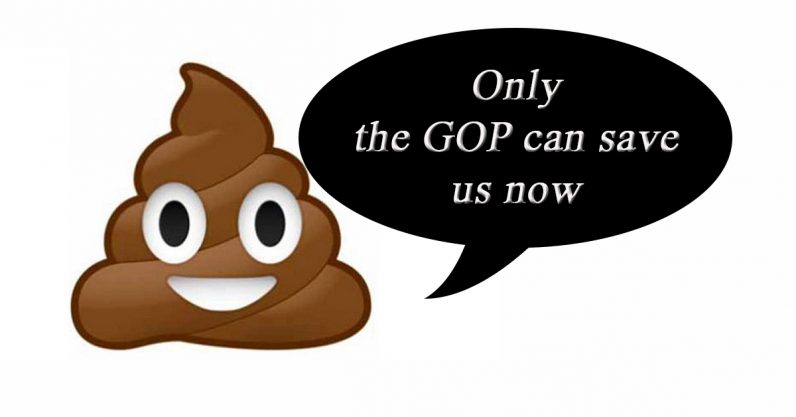 “If just one more GOP Senator crosses the aisle we can save net neutrality!” Is a statement that would be awesome if it were, in any way, true.

Folks, it’s time to accept the death of net neutrality. We denied it could ever happen, we got pissed off about the impending repeal, and we’ve bargained for another shot — one more GOP Senator is all we need, right? But not really.

It’s depressing to report, but all that’s left to do is accept it and move on. This fight, effectively, is over. We need to look at other ways to protect the internet.

But what about all the reports that we’re only one Senator away from flipping the decision?

Perhaps a short recent-history lesson is in order. Here’s what happened on the net neutrality soap opera last season:

Chairman Pai has worked at breakneck speed to transform the FCC from an agency that works in the public interest to a big business support group.

Then, the FCC voted 3-2 (along party lines with Republicans for and Democrats against) to repeal net neutrality (December 2017) with former Verizon lawyer Ajit Pai claiming:

So what is the FCC doing today? Quite simply, we are restoring the light-touch framework that has governed the Internet for most of its existence. We’re moving from Title II to Title I. Wonkier it cannot be.

Donald Trump’s FCC made an historic mistake today by overturning its net neutrality rules, and we cannot let it stand. Without strong net neutrality rules, entrepreneurs, inventors, small businesses, activists and all those who rely on a free and open internet will be at the mercy of big broadband companies that can block websites, slow down traffic and charge websites fees in order to increase their profits.

With enough support, the CRA could pass in the Senate! Sounds great right? All the Dems are on board and a single GOP senator, Susan Collins (R-Maine), is also in. We just need one more republican hold-out and the fight will continue. But not really.

Supposing the not-evil team gets one more GOP senator – suspend your disbelief – the CRA has to make it past the House, which presents a much larger problem.

It’ll almost surely die on the House floor when it gets there, let’s be real. But, if you insist, let’s pretend it won’t.

If it miraculously passes the House, someone will have to convince Donald Trump not to veto the wishes of his FCC Chairman and to allow the reinstatement of Obama-era rules. Think about that for a second. If there’s one thing we’ve learned from Trump’s administration it’s that it counts victories by the number of Obama initiatives it can undo.

So, by all means, fight the good fight and believe in yourselves – all that underdog shit. The problems left behind in the wake of net neutrality’s repeal aren’t going anywhere any time soon, they’ll be here when you come around.

When you’re ready, we can take that effort and energy and apply it to more reasonable endeavors.

Like telling Senator Marsha Blackburn what she can do with her fake net neutrality bill. Where former Verizon lawyer Ajit Pai repealed protections, Blackburn’s bill would ensure that the FCC’s “repeal” worked like a law. It includes language that removes states’ rights. This means California, for example, couldn’t impose its own regulations on ISPs.

Also, Senator Blackburn seems to think that paid fastlanes on the internet are the same as priority mail or HOV lanes on the road. Her bill is in full support of creating speed packages for certain content. It’s like free money for ISPs — except it comes from your pocket and you get to pay more for things you already have. Yay!

There have been a lot of questions about why the Open Internet Preservation Act doesn't address paid prioritization. Let me tell you why: pic.twitter.com/ojkK3n4wA8

If 75 percent of republican voters support net neutrality, why on earth would people like former Verizon lawyer Ajit Pai and Blackburn still insist that repealing it was necessary? Money.

Maybe it’s because Blackburn received tons of money in donations from ISP lobbies. Or, as The Verge reported, it could be the millions in dollars over 250 other Republicans in Congress have received from those lobbies.

No matter how you look at it, the repeal of net neutrality has been bought and paid for. And the ISPs have the receipts to prove it. Net neutrality is dead, it’s time to change tactics.

It’s important now that we instead focus on shooting down any bullshit power grabs like Blackburn’s. And it’s even more important that we turn our sights on Google, Amazon, Facebook, Microsoft, Apple, and any other billion dollar company in a position to make life hell when the ISPs begin exploiting the repeal. And they will.

The Democrats are likely to end up spending millions of dollars trying to convince voters that net neutrality is a bipartisan issue during the 2018 primaries. And the smart money says Republicans will sit back and let them without taking the bait.

It’s the exact same strategy that Muhammed Ali used to defeat George Foreman: let your opponent punch themselves out. One tweet from Trump — which doesn’t cost a dime — can undo any gains made by Democrat spending.

Let’s not be like the politicians – Democrats want this fight to drag on so they can fuel elections with our useless anger, while Republicans in Congress are squaring up fancy jobs at the lobbies and ISPs once they leave office. Obviously, neither give a damn about our wallets getting pilfered by Verizon or Comcast.

Read next: Messenger pledges to cut clutter this year. Here's what needs to go