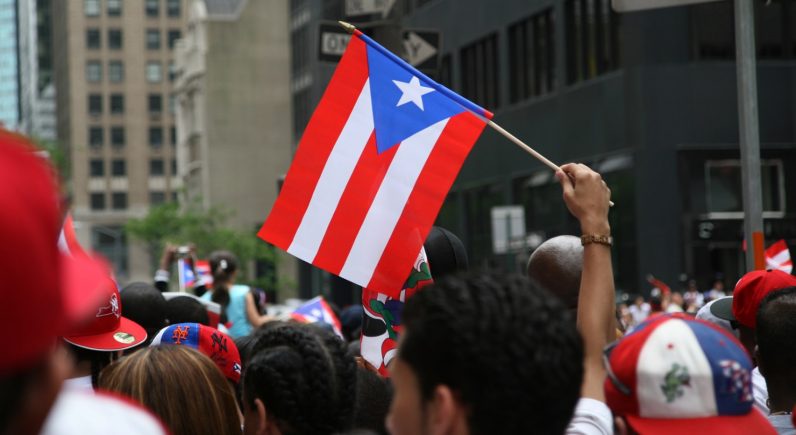 Jeff Bezos is on the hunt for a location to build a second headquarters (HQ2) in, which means a ton of money for whatever city wins the Amazon sweepstakes. Experts are predicting Atlanta, Chicago, and even Austin, are leading the pack of 280 proposals — but maybe the company shouldn’t be looking for the best city.

Amazon should be looking for the absolute worst city, or island, as the case may be. Not the worst as a matter of taste, but the place that is least ready for a giant company to come in and plop a big fancy headquarters down.

The people of Puerto Rico – beset by disaster – managed to cobble together a bid for HQ2, and I desperately hope that Bezos and co. give it a serious look.

Puerto Rico should be the location of HQ2, and here’s five reasons why:

Before it was destroyed by a hurricane, the island of Puerto Rico was a beautiful paradise, and the proposed location, formerly Roosevelt Roads Naval Base, is the origin of some of the most well-traveled sea-stories in the US Navy’s history.

The quality of life, by sheer virtue of the natural beauty of the island, is unparalleled this side of Hawaii and the Virgin Islands – as far as US territories go.

These reasons make it a pretty good location to live and work, when things like electricity and running water work properly.

Puerto Rico is also the only “location” on the list that’s been completely devastated for weeks. Texas and Florida both took a beating too, but what’s happened there and what’s happening in Puerto Rico are beyond comparison.

Amazon could sweep in, immediately save the day, and give Puerto Rico a fighting chance do things for themselves. If Amazon were a part of the Puerto Rican community, it would go a long way towards the island’s “effort:”

…want everything to be done for them when it should be a community effort. 10,000 Federal workers now on Island doing a fantastic job.

No other location offers this particular incentive.

Two: Do things your own way

Puerto Rico needs infrastructure; it’s in trouble and trying to piece things back together in any way it can. People are dead because there’s no power and the living aren’t getting much help.

Amazon wouldn’t have to do everything itself, if it built there, though. If Jeff Bezos were to tweet so much as “HQ2 will be in PR,” the island’s “stock” would skyrocket. There’d be hundreds of companies trying to get in on those lucrative building contracts, and a hundred more ready to do business with the 50,000 employees you’ll be paying well.

Islands aren’t stocks though, and without that tweet we’re all just hoping for big donations.

In the meantime, if the company chose Puerto Rico, it could build things in its own image. Slap some AWS cabling and crazy future Alexa stuff into the sidewalks and integrate the power grid with some sort of AI that scares the shit out of everyone, if you want to. We won’t care, as long as people stop dying of neglect in a US territory. Go for it Amazon, demand control of the grid in Puerto Rico if you build there — you’ve got the ethical high ground here, I think.

Three: It’s an island, go bananas with your drones

If delivery by drones is the future, you could do worse than to have the entire island as a testing ground. Tucson tried to pitch you a 20 foot cactus, so I know you’re used to strange requests Mr. Bezos. I may not speak for Puerto Rico in any way, shape, or form, but at least consider asking the mayor if turning the island into a drone testing ground is on the table. I bet it is.

Four: Image is everything

Imagine the headlines Jeff! “Amazon saves millions, creates jobs, and has coolest CEO ever” or “Amazon makes best move ever building HQ2 in Puerto Rico, tech journalist weeps with joy” or something else even better, we should talk about it.

Becoming “the company that created 50,000 jobs in a city devastated by disaster” is a good look. There’s no way to spin it negatively – though I’m sure Fox News will try – it’s a pretty positive story, as long as you follow through.

Other media outlets believe the logistics of traveling and shipping are too much to overcome even if it did have infrastructure in place. It feels like they’re right, when considering the ease of handling things in the continental United States and how that aligns with business stuff like “bottom lines” and “cost effectiveness.”

And if I’m being honest, I believe them. Amazon will probably pick Chicago — in my opinion — because it’s the most “ready” for HQ2 – again, just my guess.

But a better decision would be taking the world by surprise. Amazon could turn one of the most impactful business decisions a US technology company has ever made into a deed of pure goodness.

Read next: How to increase your chances of snagging an iPhone X on preorder day