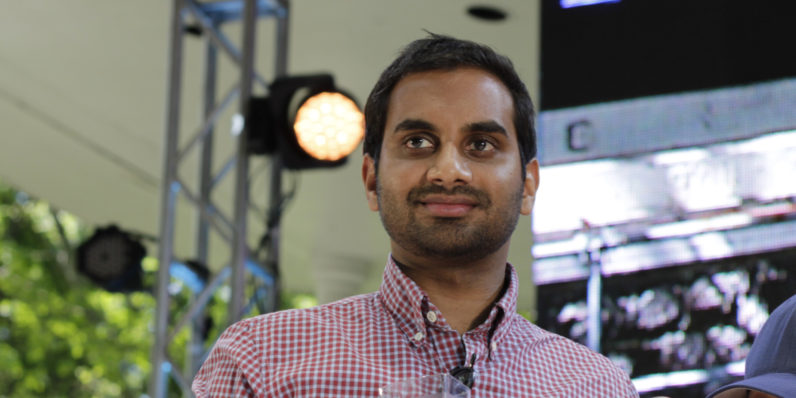 In a new interview, comedian and actor Aziz Ansari (who you’ll recognize from Parks and Recreation and Master of None) told GQ that he’s unplugged himself from the web – turning off email and Instagram, and even deleting his browser on his phone.

He made some good points about how you won’t really miss out on much if you tear yourself away from all your online feeds:

Whenever you check for a new post on Instagram or whenever you go on the New York Times to see if there’s a new thing, it’s not even about the content. It’s just about seeing a new thing. You get addicted to that feeling. You’re not going to be able to control yourself. So the only way to fight that is to take yourself out of the equation and remove all these things. What happens is, eventually you forget about it. You don’t care anymore.

Ansari isn’t wrong. And it seems like a lot of us are addicted to the drug he’s trying to kick: Reddit, the preferred place for time wasters on the internet, is now the 4th most visited site in the US.

He also spoke about the problem of becoming overly dependent on the web and on mobile devices:

When I first took the browser off my phone, I’m like, [gasp] How am I gonna look stuff up? But most of the shit you look up, it’s not stuff you need to know. All those websites you read while you’re in a cab, you don’t need to look at any of that stuff. It’s better to just sit and be in your own head for a minute. I wanted to stop that thing where I get home and look at websites for an hour and a half, checking to see if there’s a new thing. And read a book instead. I’ve been doing it for a couple months, and it’s worked. I’m reading, like, three books right now.

As someone suffering from screen addiction, I can relate to this bit. When my body wants to relax after working my 9-to-5 shift, my brain craves useless information, and my arm reaches for my phone, while my finger swipes and taps to launch time-sinkers like Reddit, Imgur and Instagram.

The same thing happens even before I’m fully awake. If I’ve been rudely awoken by the sound of stray cats fighting outside my apartment, I’ll grab my phone and browse for a bit in the hopes that I’ll eventually fall back asleep – when I could just try that without the screen time.

It’s not just those sites; I also find myself getting angry or annoyed while reading tweets and Facebook updates, and that’s something I could do with a lot less of in my life. I’ve grown up with the internet and am grateful for all the doors it’s opened for me, but now more than ever, it feels like I need to distance myself from it whenever possible.

As it turns out, screen addiction is a growing problem affecting people across the globe, and causing problems like an inability to concentrate and even causing neurological damage in children’s brains. It seems inevitable now, given that most apps are designed to get you to use them for as long as possible and to return to them as often as possible.

The web is a great place to discover new things, but it can quickly lead you into a state of information overload. Over the past couple of years, I’ve written about trying to tackle that (and failing) with read-later apps and sped-up media playback, but the feeling of being overwhelmed by how much stuff is out there hasn’t gone away.

I’ve made a small start towards disconnecting from the web’s annoyances by turning off notifications from social networks and email (messaging apps can still get through) over the past couple of weeks.

I can safely say that I’m a fair bit calmer, less distracted and less anxious as a result; it felt odd at first, but I now feel liberated from the tyranny of the apps that once ruled my life. It’s the same reason why I think traditional smartwatches are dumb.

I imagine that another way of dealing with my screen and internet addiction is to find meaningful ways to fill up my spare time, with activities that don’t rely on or reinforce using a connected device, and hence help break the habit. Ansari has found solace in books, and that seems well within reach; I’ve also been thinking of learning to work with wood and leather to make boxes and straps for my small watch collection.

Of course, that’s not a medical prescription by any stretch, but I can’t see why it wouldn’t help to some degree. Check back in a few weeks to hear how I go with these tactics.