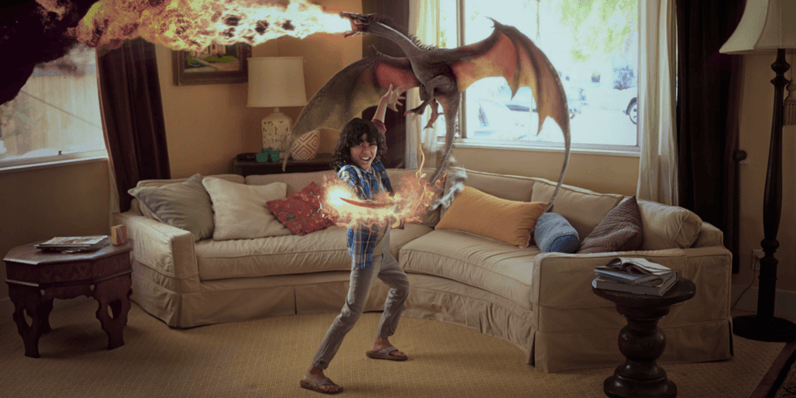 With each passing year, we’re left to marvel at where we are, and how we got here. 2016 was no exception.

We didn’t tackle the consumer-ready hoverboard just yet, but other childhood fantasies like rocket packs and virtual reality are already here, and rapidly improving. I have no doubt we’ll get that affordable hoverboard at some point, but for now, let’s just take a second to appreciate where we are, and what’s on the horizon for 2017.

In no particular order (and with dozens of omissions), here’s what we’re most excited about for the coming year.

But it’s not consumer drones we’re excited about. Google, Amazon, and UPS (among others) all tested drone delivery in 2016. Unfortunately, it didn’t lead to a world where I could do my Christmas shopping online and have it delivered by an unmanned aerial vehicle, but fear not, 2017 is the year. From burritos to toothpaste, each of the companies testing autonomous delivery have big plans for 2017, and if we can fix that pesky tree problem, this could be the year.

For all the excitement about self-driving cars in 2016, 2017 offers even bigger promise. As cool as it was to see a Tesla drop a man off at work and then go park itself, this is still only level-2 autonomy.

According to the Society of Automotive Engineers (SAE), level-2 autonomy occurs when the automated systems are capable of handling most of the driving. Steering, braking, and acceleration are all handled by the vehicle’s systems, although the human driver must be ready to take over if needed.

On the four-point scale used to measure autonomous vehicles, Tesla — which offers arguably the most advanced software of any semi-autonomous vehicle — has still just hit the half-way point.

2017 promises to bring us our first glimpse at level-3.

Again according to the SAE, a level-3 autonomous vehicle is capable of fully autonomous driving in most cases. Human assistance may be required to handle unfamiliar environments or bad weather, but by and large, this is an autonomous vehicle. Level-4, in case you were wondering, is essentially a car that turns humans into cargo. Aside from entering a destination or plotting a route, your input really isn’t needed.

Some would argue it’s already here, but I have an iPhone and a MacBook Pro (the Touch Bar doesn’t count). #WTFApple?

For those that haven’t had the luxury of seeing an OLED-equipped smartphone (AMOLED, actually), let me tell you what you’re missing. The most talked about improvement over LCD screens resides in discussions around color gamut. Put simply, colors are not only more vivid on the OLED, but they display a more accurate representation of the color than their LCD counterparts. You’ll also see whiter whites and darker blacks, leading to improved contrast without the light bleed issues of LCD.

It’s not just smartphones, either. Laptops, desktop monitors, and televisions are all entering the OLED age. If you have a chance to catch a demo of an 4k OLED TV with HDR, you should definitely jump at the opportunity. While they’re still too expensive for most of us to buy, the price will come down as the technology improves, and 2017 should see a handful of additional smartphones and laptops add the new-and-improved technology.

As for televisions and computer monitors, I doubt they’ll drop to a price point that begs for an upgrade from existing LED technology. Maybe 2018.

The race for the perfect personal assistant heats up

In the beginning, Google, Amazon, Apple, Microsoft, and others created smart assistants in a sort of vacuum. The closed approach kept the assistant functioning exactly as they had intended, but stifled innovation by limiting its access to those that could have improved upon it.

2016 brought us the first taste of what digital smart assistants may offer down the road. Each of the major players in the space as opened their technology up to interested developers — albeit at varying levels — and introduced partnerships to the equation. Even Apple, the company notorious for walling off anything proprietary, took steps in the right direction by opening Siri up to developers. Developers responded by improving Siri more this year than Apple did over the course of her short life.

2017 promises to bring even more innovation and perhaps an even bigger opening for developers.

The beginning of the end for disease

Facebook founder Mark Zuckerberg famously promised most of his enormous wealth to philanthropic causes. In 2016, he made good on the first of these massive donations by pledging $3 billion to help wipe out disease over the next 100 years. The money will roll into a new arm of Zuckerberg and wife Priscilla Chan’s charity, the Chan Zuckerberg Initiative (CZI). Dubbed, BioHub, the medical arm of CZI is a collaborative effort with the University of California San Francisco, and University of California Berkeley. The plan is to open a $600 million research space in San Francisco’s Mission Bay and continue funneling in the remainder of the $3 billion pledge over the next decade.

The plan is simple: find new and innovative ways to eradicate disease and expand upon promising current projects. Others are embarking on similar missions through smart use of technology.

IBM and Google are already pouring millions into programs that pour over medical reports and anonymized patient records looking to analyze data and map the most effective treatment methods. Using supercomputers like Watson and DeepMind, the companies hope to provide oncologists with highly-detailed treatment plans in a matter of minutes, or seconds, through rapid analysis of past diagnoses and treatment.

2017 brings with it a new hope for the treatment and, eventually, eradication of disease. Robots will lead the way.

Read next: Stop hackers in their tracks with a subscription to NolimitVPN Premium — now up to 70 % off