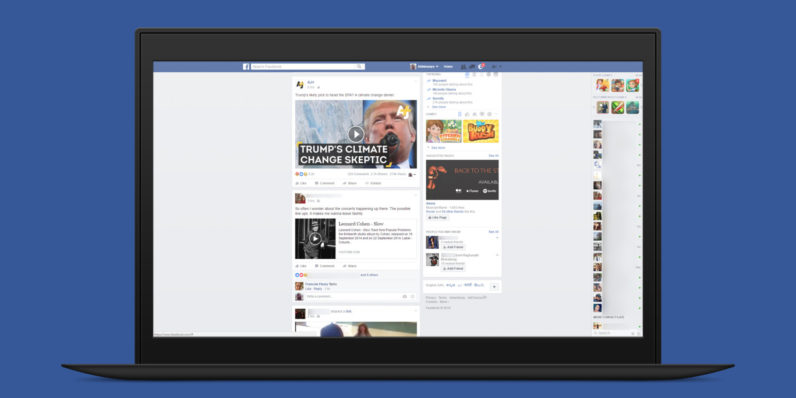 Donald Trump’s victory in this year’s presidential elections stunned not just Americans, but citizens of every country around the world. According to many indicators and predictions, there was no real chance that this was actually going to happen.

But is that because a lot of us just didn’t want to believe that it could happen?

There are loads of articles and social posts blaming the media and social networks for misleading the populace about how the elections would turn out. Another reason for being shocked by the outcome is the filter bubbles we create for ourselves.

Whether you lean strongly to the left or right, chances are that you hardly ever see a post or article in your social feed that differs from your beliefs. That’s partly down to the way we curate our circles of friends, as well as the publications and media outlets we choose to follow – and partly down to social networks tracking your preferences and tweaking your feed to only ever show you more of what you like, and filter out content you don’t like.

The trouble with this system is that you don’t get a chance to hear what people on the other side of an issue are thinking, and you don’t get to engage with them either. As a result, their opinions – on the rare occasions when they encounter them – seem strange and unfounded.

There are stories about how many people who voted for Trump have felt marginalized and ignored for years. Warm and comfortable in my social media cocoon, I never really got to hear those stories, except in one-off reports and after-the-fact analyses.

As technology evolves, this problem is only going to get worse. AI will get better and better at figuring out exactly what you’re about, where you stand on various issues and what you want to see on a regular basis, and it will populate your feed with just that sort of content. That’s fine for something like Pinterest, but it’s not okay when it comes to your source of news and opinion on major issues.

I don’t mean to blame social platforms for the state we’re in: Ultimately, we owe it to ourselves to make sure we’re well informed and develop balanced, nuanced views about issues that concern us. But it’s all too easy to get used to our cozy timelines and dismiss everything outside them as background noise.

The only way to really understand how you feel about something is to know how others feel about it. And right now, technology is better at helping me affirm my opinions than it is at helping me adopt new ones. I could definitely use a second feed on Facebook and Twitter, that’s not as closely aligned with my values and beliefs, and as comfortable to bask in as I’m surrounded by the familiar.

Read next: Hijab, breastfeeding and zombie emoji set to be included in Unicode 10