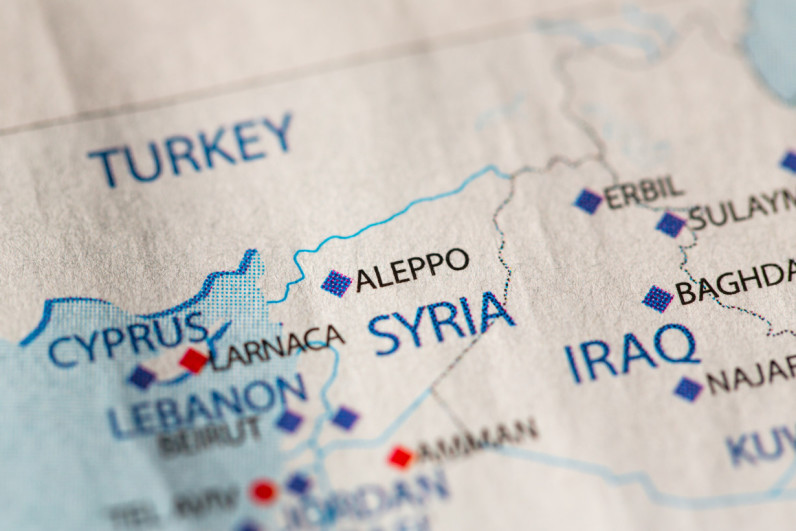 Someone sent me a message a couple of days ago saying they’d just watched the news and it had made them really angry.

I asked him what had happened and he said it was news from the ongoing war in Syria.

“I literally have no idea what we should be doing about it,” he said. Me neither, I thought.

We’ve never been able to see more up close images of war and yet it feels like we’re truly paralyzed.

Now #AleppoIsBurning is gathering pace on Twitter with people in the Middle East and beyond trying to #MakeFacebookRed, or even planning to boycott the platform, to draw attention to Syrian government air strikes in the country’s largest city Aleppo.

#AleppoIsBurning
All his family were buried under the rubble..
He is telling you. pic.twitter.com/EP0urnqrU8

"Show them pictures of the animals. They don't care about the humans." #AleppoIsBurning pic.twitter.com/AMdfoZucU9

Calls are being made for Facebook’s Safety Check to be enabled just as it was in Paris, or for the Syrian flag to be made into a filter so people can show their solidarity wherever they are.

But in November last year Facebook outlined its stance on a situation like Syria: “During an ongoing crisis, like war or epidemic, Safety Check in its current form is not that useful for people: because there isn’t a clear start or end point and, unfortunately, it’s impossible to know when someone is truly ‘safe.'”

Social media cannot solve a crisis like the six-year war in Syria that has killed some 400,000 people and displaced millions more. But our silence certainly won’t stop it either.

We’ve got in touch with Facebook, which has the single largest engaged audience on the planet, to find out if they have any plans to open up new features in support of the Syrian people.

#AleppoIsBurning: Calls to boycott Facebook over Aleppo on Al Jazeera

Read next: Tor and VPN users will be target of government hacks under new spying rule