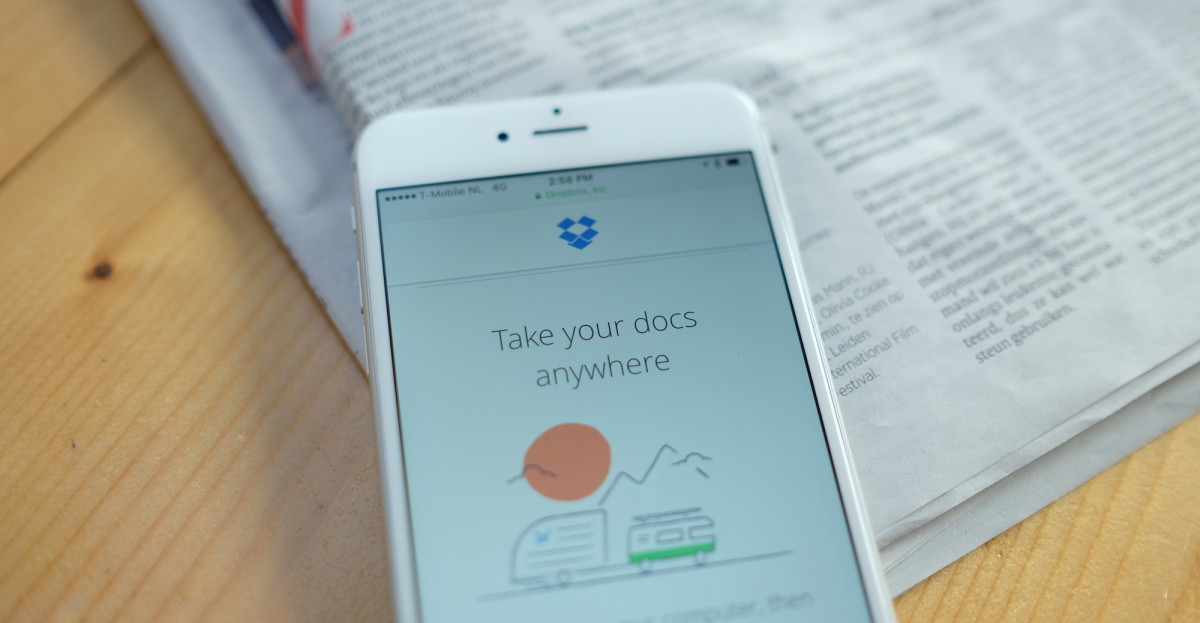 About two weeks ago, I got an email from Dropbox that my subscription was up for renewal.

The company asked that I update my credit card, so it could bill me $99 to renew it, but the idea of giving so much money away gave me pause — what exactly do I need Dropbox for, anyway?

I ended up paying Dropbox for storage out of a combination of laziness and assuming that I’d actually need it, when really, I could’ve gotten a better deal going somewhere else. I’ve been using the service for years, but slowly realized I don’t really need it.

Over the last few weeks I started looking to pull my 150 GB of files out of Dropbox and was met with frustration at first — moving a bunch of data is never easy — but it turned out better than I’d have thought.

Instead of paying Dropbox for a bunch of storage space I can really only use for a single purpose, I ended up shifting to Google Drive instead, which is a similar price.

The hard part that I didn’t expect was just how entrenched Dropbox is into third-party developers’ apps. I had to figure out how to get 1Password to sync over Wi-Fi instead, get Splashbox to drop its images somewhere else and remove my Jekyll setup too.

For my $99 a year with Google Drive that 1TB of storage I’d be getting on Dropbox alone now extends to my Gmail account, Google Photos and Google Drive. It’s awesome, which leaves me wondering how Dropbox fits into the consumer equation.

Plenty of other services would have fit well if I loved in their ecosystem — Microsoft’s OneDrive is looking better than ever and Apple’s iCloud Drive is appealing (though I don’t trust it yet).

Both of those examples extend the purchased storage elsewhere in their ecosystem, so you can use it for things like iCloud backups or Outlook email.

What looking around made me realize is that for the average person, Dropbox has kind of let us down.

Sure, it does a great job with its file syncing and incredibly slick interface, but it’s neglected to add much value beyond that in a meaningful way.

With the purchase of Mailbox, I dreamt of Dropbox building an app-agnostic storage space for plopping all my email into, but that acquisition never really went anywhere. When Carousel was released, Dropbox was first out the gate with an attractive photo-backup app, but it got utterly left in the dust with products like Google Photos.

Recent improvements do show the company is waking up again: Paper, announced earlier this month is an interesting Google Drive competitor, but it’s still in beta.

I have this feeling that Dropbox is going to struggle to win over consumers in the future. It’s crazy that the company still only offers 2GB of free storage out of the box, and that its ‘simplified’ pricing structure only lets you pick 1TB or nothing.

Out of everything Dropbox offers, its business tools are the most compelling. In particular, it offers the best cross-platform sharing and version control that’s saved my ass more than once, but the landscape has changed since the company was founded — why would anyone go all-in on it now when they’re already probably using something else too?

As Apple, Microsoft and Google have invested in integrating their cloud storage neatly into their ecosystems, it’s gradually negated the need to use Dropbox at all, and made its pricing far less appealing.

We care less and less about files now, and that means a pure storage play is growing irrelevant. Instead, we just want somewhere to put our stuff and now, there are plenty of other choices.

Last month, Alex Danco, head of Operations at Sharethebus, wrote on his blog that the “concept of a file is a little weird if you think about it” and I think it’s dead on. Just give me a smart place to put everything in, and pull it up later everywhere.

Dropbox is a great product, don’t get me wrong — I’ve sworn by its simplicity and stability for years, but as competitors have built elaborate offerings where you can put all that storage to work, Dropbox has kind of stagnated.

I dropped Dropbox, and it wasn’t that hard. Maybe you should too.

Read next: For National Cat Day, Uber's got kittens