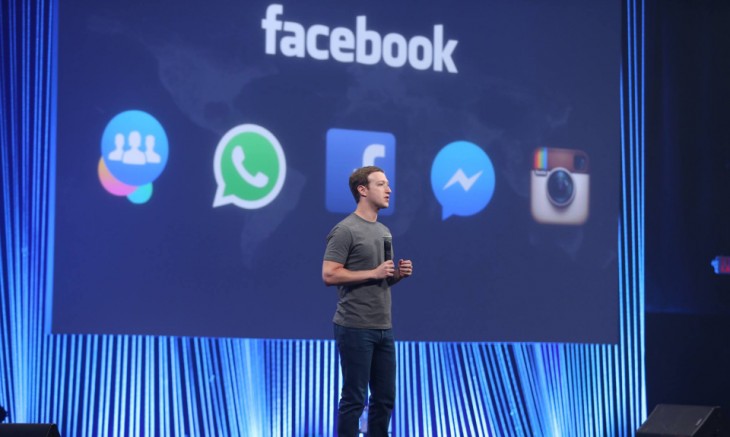 Facebook video is big and it’s getting bigger. For the first time, YouTube really needs to worry about losing its position as the king of online video.

Facebook video, which is relatively young in comparison to YouTube which launched in 2005, is now delivering 4 billion daily viewers. That’s up from 3 billion views every day, which was announced in January 2015. Facebook has had the ability to upload video for a number of years, but didn’t get serious about it until 2014 when it adjusted its algorithms to weight video more heavily.

By contrast, YouTube reached the 4 billion video views daily mark in 2012, about eight months after it had reached the 3 billion mark and seven years after it launched.

It’s only a matter of time until there are people that are dedicated “Faceviders” just like there are fanatical “YouTubers” who regularly upload videos to YouTube of their lives, or topics that are interesting to them.

Perhaps the days of being a YouTuber are numbered.

There’s a number of reasons to give your original videos straight to Facebook. First, it gives you almost guaranteed exposure right now. Add a video to a public post and the Newsfeed algorithm will shine in your favor and show it to a significant amount more people than any other type of post (like a photo or text-only update).

Take, for example, this video shared by Vox on Facebook. The page itself has 225,000 likes, but the video received over 1.1 million views since when it was shared on April 10. By contrast, the same video shared on YouTube has only received 85,000 views. That’s a serious amount of reach.

Facebook’s social graph is a potent advantage over YouTube. Videos come straight to the users, in their Newsfeed, where they’re already spending most of their time on the service. They don’t have to leave Facebook’s walled garden to find content.

Google Plus, which is deeply integrated into YouTube, can’t possibly hope to ever have that kind of reach. People don’t sit on Google Plus refreshing their feeds all day to find out what their friends are up to, they do it on Facebook.

There is a big risk for those adopting Facebook as their primary place for sharing video, namely the Newsfeed algorithm. With YouTube, you upload your video and it’s there for the world to see. Those subscribed will get notified and getting the word out to others is up to you.

On Facebook, the algorithm can drive huge traffic to your content, but it also could eventually fade to a pittance as the site becomes saturated with content.

The opportunity for videos to travel further than your own reach – like in the Vox example – is likely worth the risk. The big unknown is how long Facebook will stick with its current algorithm. There’s always the chance future changes will put some creators out in the cold. Just ask Zynga about its horrible year in 2012.

Facebook doesn’t have any way for creators to monetize videos right now, but when it finally delivers that, early adopters will win big.

Very soon you might just look to Facebook for those funny cat videos before you even think of YouTube, which is the first time a competitor has posed such a sizable threat to Google’s service. It’s unclear what Google will do to win those users back, as Facebook continues to quietly steal them away.

Read Next: Facebook has officially declared it wants to own every single thing you do on the internet

Read next: Carphone Warehouse is launching its own mobile service in the UK next month