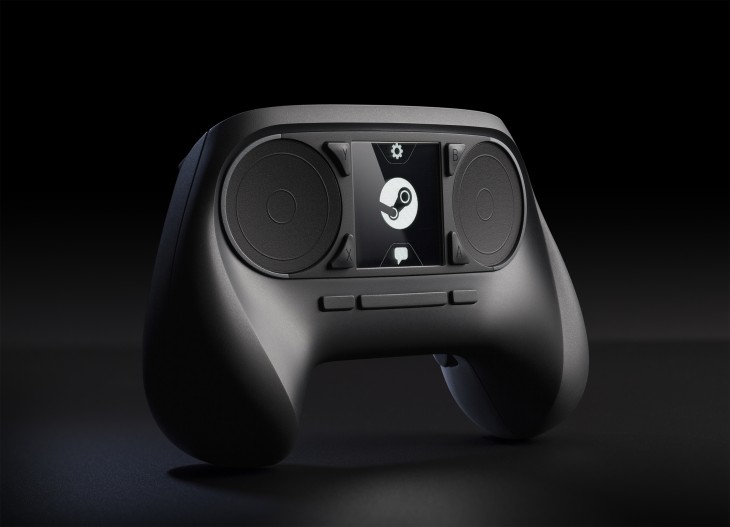 Valve is a special company. As a video game publisher, it’s produced some of the industry’s most beloved and successful franchises including Half-Life, Portal and Left for Dead. As a software developer, it’s created Steam, the most successful digital distribution platform for Windows, Mac and Linux-based gaming.

Now, it wants to expand into the living room with a Linux-based operating system called SteamOS and dedicated hardware referred to as Steam Machines.

This new category of living room hardware could replace existing high-end gaming PCs, or just supplement them as a low-cost streaming solution. It’s an unusual marketing problem which Valve will need to overcome while keeping the price low and persuading game developers to support Linux.

When rumors of a Steam Box first emerged, the Internet anticipated a console that could open up PC gaming’s appeal to the wider public. No more compatibility problems, missing drivers or crashing to desktop. Just plug it into a TV, launch Steam in Big Picture mode and relax.

In this scenario, the Steam Box is a standalone product, with the capacity to replace any gaming PC that the player already owns. It resides underneath the TV, jockeying for position with other consoles such as the PlayStation 4 and Xbox One. While it’s possible that Valve could be developing its own Steam Box – the company has confirmed it’s working on a prototype – the focus appears to be on Steam Machines produced by hardware partners.

But there are some potential problems.

A high-end gaming PC isn’t cheap. While it’s possible to build a custom rig for $500, most will argue that you need to spend around $700 to get a competitive and reasonably future proof setup.

That’s a substantial difference over the upcoming PlayStation 4 ($399) and Xbox One ($499). Unlike Valve, Sony and Microsoft are large corporations with the ability to subsidize their respective systems, banking on the long-term revenue produced by software, services and advertising.

If the first wave of Steam Machines are more expensive than these two consoles and don’t offer a significant, noticeable improvement in performance, that could be a sizeable problem.

The benefits of Steam can’t be ignored; it could be argued that the savings made from all those crazy sales would cancel out the price difference over a system’s life-cycle anyway. Nevertheless, at this price point the wider public, those Valve are aiming for with the Steam Machines concept, will be deterred. The $100 price gap between the PlayStation 4 and Xbox One is already a point of contention; anything higher will be an even tougher sell for Valve.

The price of gaming PCs are bumped up by Microsoft’s desktop operating system, Windows. It’s difficult to put an exact figure on the cost of a Windows license, but it’s certainly a factor that contributes to the final sticker price.

Steam Machines will instead run SteamOS, a free Linux-based operating system developed by Valve. That could help keep the cost down and in turn, allow hardware partners to push the specs as high as possible.

That offset will be crucial. To succeed, Steam Machines have to offer high-end specs alongside an incredibly aggressive price tag. Superior performance to the PlayStation 4 and Xbox One, for only a marginal price increase, is the only way Valve can hope to compete.

Gabe Newell, CEO of Valve and a former Microsoft employee, once described Windows 8 as a catastrophe. It’s therefore unsurprising to see the company push its own platform running on Linux. After all, SteamOS is potentially cheaper for Valve and will give them far greater control over the ecosystem and user experience.

Why would PC players give up their existing library on Steam for a smaller catalog on SteamOS?

The reliance on Linux could backfire though. At present, only a small number of games on Steam support Linux. Valve says it already has “hundreds” of games running natively on SteamOS, but that pales in comparison to the full Steam catalog sporting nearly 3,000 titles.

For new adopters, this shouldn’t be a problem. The PlayStation 4 and Xbox One will both have somewhere between 20 and 35 games in their launch-window lineup. SteamOS would therefore surpass this number with ease, even if most of its catalog is made up of older titles.

However, it could be difficult for Valve to sway players with Windows-based gaming PCs. Most PC titles are released exclusively on Windows (which, in terms of release dates, is usually a half-step behind the PlayStation 3 and Xbox 360 anyway). Unless Valve can trigger a monumental shift in developer support for Linux, SteamOS will always play second-fiddle to Windows.

In short, why would PC players give up their existing library on Steam for a smaller catalog on SteamOS?

One game. That’s all it would take. Half-Life 2 is considered to be one of the greatest video games of all time and the Internet is awash with fans clamouring for a sequel.

Some form of exclusivity for Half-Life 3, timed or otherwise, would give SteamOS and Steam Machines a massive lift. If Valve can supplement this with new content or instalments for some of its other franchises, such as Portal and Left for Dead, that level of furore would only be heightened.

Of course, there’s a balancing act here. Valve doesn’t want to discourage Windows and Mac users from adopting Steam in its current form, so a wider release for Half-Life 3 would be inevitable. But some form of early access, if executed correctly, could be huge.

An interesting part of SteamOS is its ability to stream games running from the standard Steam client. In theory, this means players who already have a gaming PC can keep their collection and access it free of charge in the living room.

It’s also a simple solution for the Linux issue, given that players will be able to maintain their existing and often expansive Window or Mac-based libraries.

In-home streaming points to a different portfolio of Steam Machines though. PC gamers are unlikely to pay for two high-end gaming rigs, so the industry is expecting a number of low-cost, underpowered boxes built exclusively for streaming. How will Valve differentiate between the two?

A $700 Steam Machine built for high-end gaming and a $100-$200 streaming box similar to PS Vita TV are very different. One works as a standalone product, while the other requires a separate gaming PC.

Valve has already confirmed that Steam Machines will hit a range of different prices and specs, catering to different players and their individual preferences. All of this adds further variation to the SteamOS platform. The original idea for the Steam Box was unique because it had the capacity to standardize PC gaming, clearing away the confusion that often deters casual players from exploring and adopting the Steam digital distribution platform.

The sheer variety of Steam Machines could simply reproduce this problem. Is this a self-contained gaming machine, a streaming setup, or both? Does it run every game on SteamOS, or will gamers be unable to play the latest releases? What performance can they expect from this hardware?

Valve needs to work with its chosen hardware partners to create a simple and clear way of explaining the SteamOS ecosystem.

SteamOS hardware should focus on marrying performance with accessibility

One solution would be to try to standardize the components applicable for a certified Steam Machine. Rather like Apple’s finite range of Macs and spec upgrades, Valve could specify a number of preferred or required parts, making it easier for consumers to understand and compare different options.

In the same breath, a smaller number of SteamOS supported parts would also streamline the process of upgrading a Steam Machine. PC gamers might bristle at the idea of artificially restricted customization options, but this is how Steam Machines could and should differ from regular PCs.

After all, SteamOS hardware is targeting the living room and should focus on marrying performance with accessibility, rather than simply mimicking what is already available in the PC space.

Gaming hardware is undergoing an unprecedented level of convergence. The PlayStation 4 and Xbox One, running on x86 architecture, are similar to PCs. Valve, with SteamOS and Big Picture mode, is starting to make PCs more like the established video game consoles.

Valve has a huge opportunity to disrupt the status-quo and bring PC gaming into the living room. It needs to prove, however, that there’s a desire from consumers for a platform that’s as open and versatile as SteamOS. If it can’t resolve some of these fundamental problems, Valve will struggle to gain the support of developers and PC gamers, as well as the wider public.