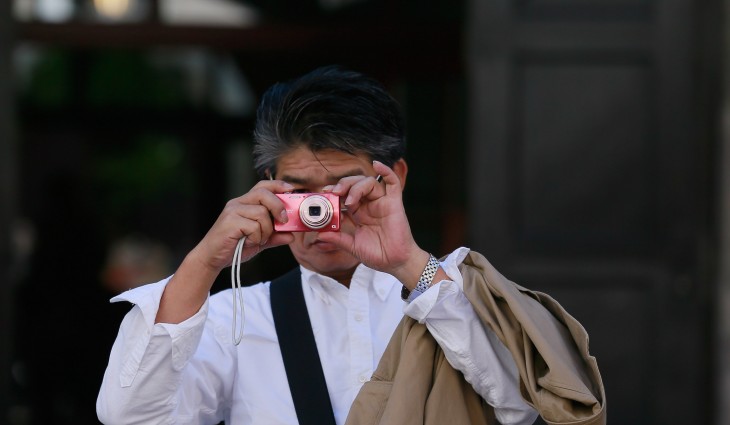 Facebook used to be full of photo albums. Whenever I refreshed my News Feed, I was inundated with shots covering a particular holiday, party or concert that my friends or family had attended recently. I could spend hours clicking through each album, adding the occasional comment or trying to stitch together their experience. (Almost like the end credits sequence in The Hangover.)

That was the joy of Facebook. The photos in these albums weren’t particularly artistic, or lathered with analog-inspired filters and other post-shot edits. They just offered a raw, unedited snapshot of a particular event or moment in time. Somehow, I also felt closer to these people just by looking at all of their photos on Facebook. Does that hold true for anyone else?

The age of compact cameras

For many years, photo albums were a byproduct of our obsession with point-and-shoot cameras.

Picture the scene: You’re the only person who remembers to bring their camera to a party, and in a drunken haze everyone else wants to borrow it and take some photos with the rest of the group. By the end of the night, you’re walking home with an SD card stuffed full of terrible, yet hilarious images.

The next day, everyone wants to see the photos shot at the party. You’re the only person with the SD card, so the others wait with bated breath while you upload the entire set to Facebook. Why all of them? Because if any of them go missing, you know someone will remember and be pretty angry about it.

Once the photos go up, everyone dives through the album and saves their favorite snaps locally, joking about the drunken antics that occurred the night before. For posterity, you decide to keep the album on Facebook.

The age of the smartphone

Now, consider how the same scene would play out today. The party is in full swing and nearly everyone has a smartphone with an outstanding camera in their pocket. When a moment arises that you think is worth sharing, you quickly dig out your chosen handset and fire off a photo. Within minutes, it’s uploaded to Instagram, Twitter, or Facebook with a witty caption.

The time spent between shooting and sharing the image is so short that there’s no real reason to create a photo album.

(Instagram also encourages this drip-feed of uploads with a simplified interface in its mobile app; a vertical stream that always shows new photos individually.)

Now, at this party you don’t want to bombard people’s feeds or seem anti-social, so you only share a couple of your best photos. More often than not, they’re the ones you can guarantee someone will ‘like’ or comment on afterwards. By the end of the night, there’s already a small scattershot of photos across the Web. Most of your friends have already seen the photos that you’ve shared and commented on them if they think they’re notable.

When you wake up the next day, there’s little reason to upload anything else to Facebook. In all likelihood, you feel the moment has already passed.

The rise of smartphones and real-time sharing has effectively killed photo albums on Facebook. I’ll see the occasional Instagram image in my News Feed, but photo sets spanning five or more shots are almost non-existent.

There’s less meaningful content for me to enjoy and I’ve migrated to other services accordingly.

Furthermore, I rarely comment on photos uploaded to Facebook now because nine times out of ten, I’ve already responded to them on another social network.

As such, there are fewer photos in my News Feed. I rarely need to browse a photo album, or even click-through to Facebook’s dedicated lightbox viewer. A quick ‘like’ on the initial post is usually enough and then I’m on my way again, skimming down the rest of my News Feed.

The drop in engagement further discourages users from sharing their photos on Facebook. It’s a shame, as the demise of photo albums has impacted the amount time that I spend on the social network in general. These days, there’s just less meaningful content for me to enjoy and I’ve migrated to other services accordingly.

Inevitably, the experience on Facebook and what people are posting will vary from user to user. For me, the platform has become just another social network filled with pithy status updates and links to various memes, GIFs, YouTube videos and webpages. Very occasionally, I use it a shared planner to arrange gatherings with my friends.

Perhaps that’s just the natural evolution of Facebook. If so, I’ll miss those hours spent uploading photos and exploring other people’s albums. It was an intimate, more personal social network back then. These days, I feel like a stranger.

Read next: With data breaches on the rise, BitTorrent debuts 'private, secure, and free' server-less chat