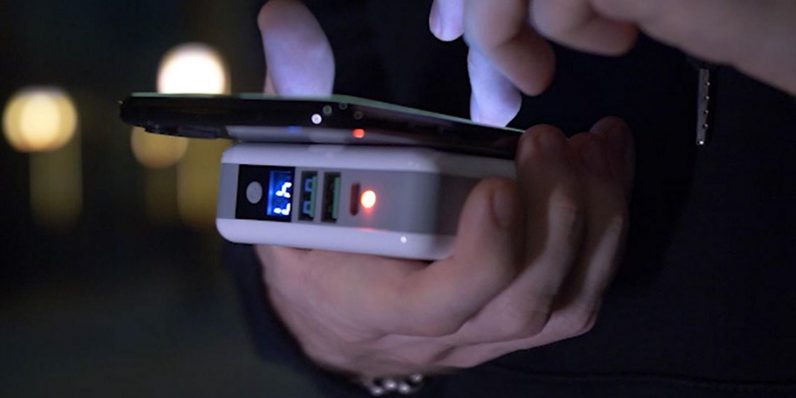 The latest darling of the smartphone universe, Samsung’s ultra-sweet Galaxy S10, started dropping into consumer hands this month. And, as usual, everybody’s geeking out over all the ridiculously cool new features. Of course, one of the best loved features of recent Galaxy releases is the wireless charging via Qi power transfer.

Unfortunately, most power batteries are still old-school chargers using wires and cables and hookups and dongles and stuff. You can update your power game in one grand move with the GOSPACE SuperCharger, which is on sale now for over 50 percent off, just $38.25 from TNW Deals with limited time promo code: MADNESS15.

The SuperCharger is a 10,000 mAh behemoth capable of juicing up 4 devices at once via four different methods. Whether you need one of two standard USB ports, a USB-C port or the unit’s Qi wireless charging pad, you can power up whenever you need to give your battery a boost.

In addition to its optimized charging speeds, the SuperCharger is also a perfect travel companion, no matter where in the world your journeys take you. The unit comes with its own US-centric plug-in socket as well as adapter sockets for EU, UK and Australian power currents.

Usually $99, you can pick up this ultimate device backup for only $38.25, more than half off with limited time promo code: MADNESS15.

Read next: Apps are the unexpected savior of dying indigenous languages