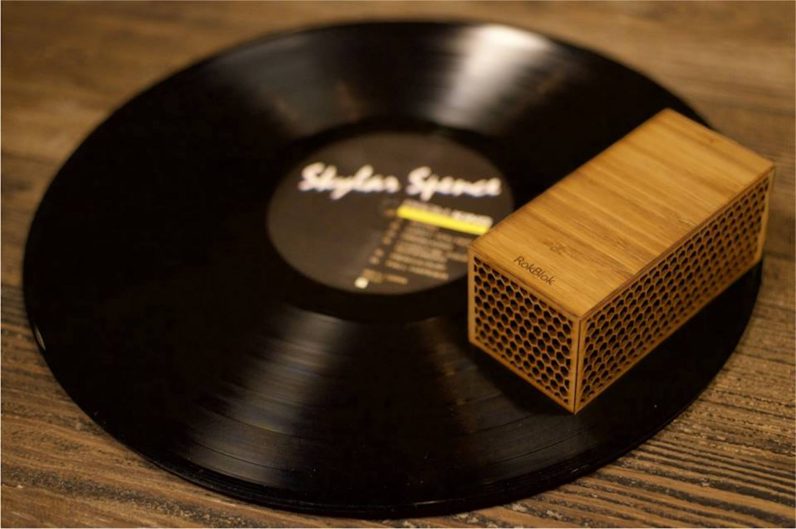 Decades after you thought it was dead and buried with the cassette tape, the 8-track and your old iPod, vinyl is continuing its shockingly vibrant resurrection. Even as overall album sales continue to fall, 2018 saw nearly 10 million vinyl records sold, up about 12 percent from the year before.

The stacks of wax are growing again. And since you probably tossed your last turntable around the time you cleared out of your freshman dorm, the RokBlok is your chance to get back into vinyl with a decidedly futuristic spin. Right now, you can get this incredibly cool gadget for just $89 from TNW Deals with promo code: ROK10.

Measuring in at roughly the size of a stick of butter, The RokBlok is billed as the world’s smallest wireless record player, and it’s all about enjoying vinyl records without the hassle. Just lay the RokBlok on top of a record, and it starts rolling around the surface, pumping out the album’s tracks through its own built-in speakers or wirelessly to a Bluetooth device.

It’s incredibly functional, super easy and, let’s face it, an adorable conversation piece. Check out the video below and see how simple it is to let the RokBlok do its thing.

It only weighs about 3 ounces and can run for almost four hours on a single charge, giving you plenty of juice to jam out to your favorite tunes.

Whether you or someone you know has truckloads of old records or you just want to get on board the vinyl revival, RokBlok is the tech-savvy way to get everyone back into the wax game.

With this limited-time offer, you can add this Kickstarter darling to your tech arsenal for only $89 with promo code: ROK10.

Read next: Designers have an obligation to make gaming accessible for people with disabilities