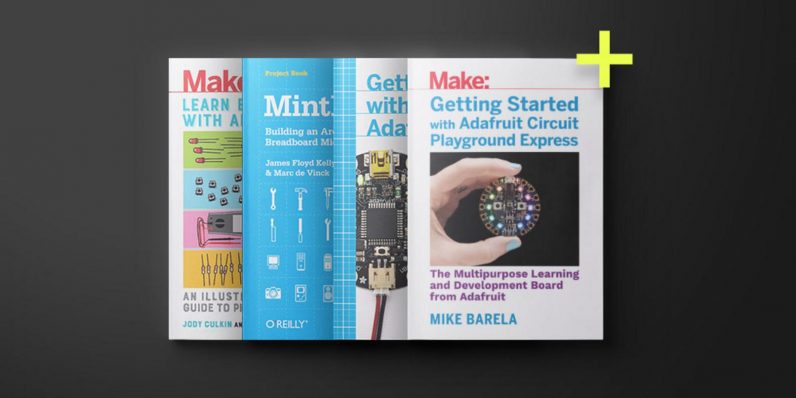 If you’ve ever been interested in DIY electronics, then you know Make:. For almost 15 years, the magazine has not only broken down how to build your own computers and robots, it’s been a showcase for some of the coolest Arduino homemade tech projects you’ll ever see anywhere. Really, where else could you learn to build a robotic air hockey opponent or voice controls for your Roomba?

Make has gathered up some of their most useful training into a series of awesome eBooks, including 15 assembled in this massive Make: Arduino Hacker eBook Bundle from TNW Deals. Right now, you can pick up the entire collection at just over $1 per book, only $19.99.

Arduino has simplified electronics and expanded their appeal beyond professionals. This giant eBook library walks beginners through the basics of working with Arduino boards and circuits, then keeps expanding that knowledge into incredible new areas.

Sensors, wearable tech, radiation detectors, noise meters, synthesizers, even a drawbot that follows a pen’s path — they’re all projects you’ll find among the dozens outlined in these guidebooks.

Read next: Hands-on: The Doogee S90 modular phone is weird as hell