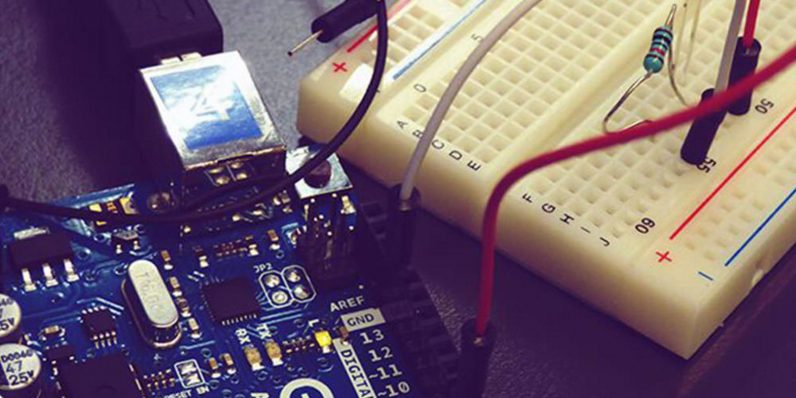 Anybody can get a kid a video game for Christmas. Or a Barbie. Or a Nerf N-Strike Elite HyperFire Blaster that fires five darts per second up to 90 feet from its cavernous 25 dart rapid-fire clip. Umm…uhhh…well, maybe that one is just us. The point is, there are loads of holiday gifts that can keep a kid entertained. However, it’s a little more rare to find a cool gift that will keep smart kids both entertained AND engaged.

Whether your enterprising kid is eight or 80, the Arduino Uno Ultimate Starter Kit and Course Bundle ($45 with promo code: MERRY15, an 85 percent discount right now from TNW Deals) not only inspires loads of ultra-cool electronic gadget glee, but fires the imagination about everything it can ultimately create.

If you don’t know the Arduino Uno, it’s a microcontroller circuit board with loads of specialized inputs and outputs. It may not look like much to start, but it’s actually designed to serve as the foundation for literally thousands of awesome tech projects.

With the 72-page manual plus the training in the introductory Arduino Zero to Hero class, students learn what the Uno can do. As you start grafting on breadboards, resistors, transistors, LEDs, potentiometers and more, the true power of this board become clear.

That’s where the rest of the training kicks in. In Crazy About Arduino: End-to-End Workshop Level 1, the three-part primer educates on various boards, how to run the first program, and working with hands-on projects.

Let brainpower light up your Christmas with this Arduino starter package, usually over $350, now just $45 with promo code: MERRY15.