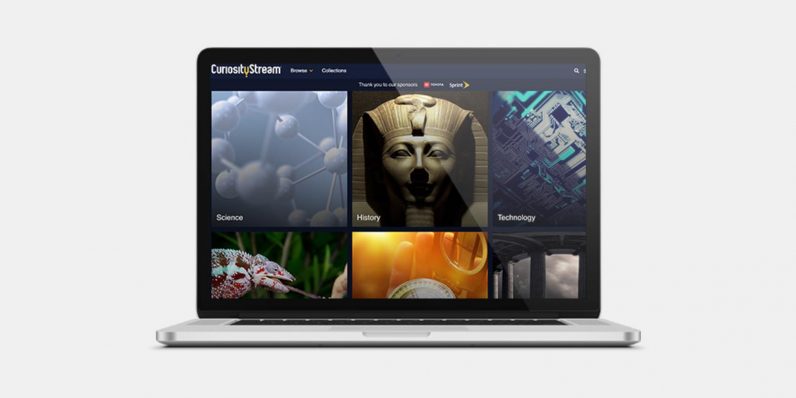 As great as Netflix is, there are only so many times you can watch “Making a Murderer.” But if documentary hits have sparked your appetite or that of someone you know for educational true life stories, this may just end up being the greatest holiday gift ever.

Get the inquisitive minds on your shopping list a two-year subscription to CuriosityStream, a vast digital library of over 2,000 documentary features and series that open up every facet of our planet, our times, and our universe. Since it’s the holiday season, you can also save yourself $10 on your subscription, just $24 right now from TNW Deals with promo code: GREENMONDAY20.

You may not have heard of CuriosityStream before, but you’re undoubtedly familiar with its siblings. The service was created by John S. Hendricks, entrepreneur, founder and former chairman of Discovery Communications, which spawned The Discovery Channel, TLC and Animal Planet, three of the most respected educational outlets anywhere for non-fiction documentary content.

Since launching three years ago, CuriosityStream has lived up to that pedigree, offering their archive of high quality films and original series on demand. If it’s science and nature, history, technology, or rooted in world societies or lifestyles, it’s likely already been touched on by CuriosityStream.

Their reservoir of content already includes collection of prestige BBC and other international documentaries as well as original content featuring marquee figures like David Attenborough and Stephen Hawking.

Best of all, there are no boundary restrictions here. CuriosityStream is available worldwide and can be watched on virtually any TV, desktop PC, tablet or mobile device around.

Delve deep into the mysteries of our world — and save a few bucks at the same time — with two years of CuriosityStream access for only $24 with promo code: GREENMONDAY20.

Read next: ‘Unregulated ICOs are dead’ — welcome to the era of the STO