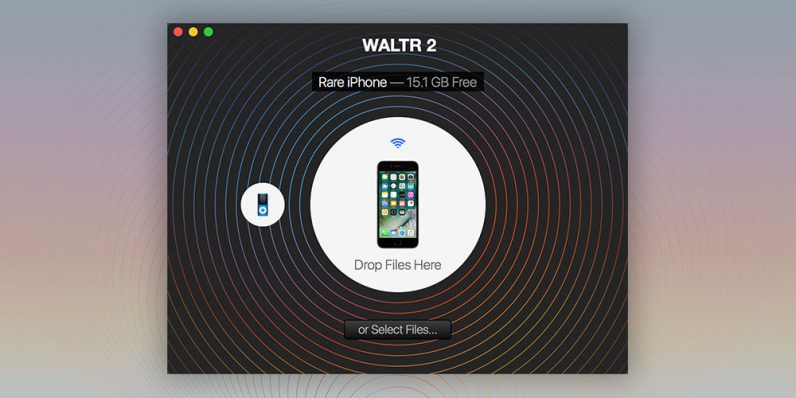 Have you ever tried to move a video from your laptop to your iPhone? Then you have our condolences, because the process probably brought you closer to smashing that iPhone into oblivion than just about anything else.

iPhones are highly proprietary beasts. So thanks to Apple’s protectiveness, you’ll usually need to enlist iTunes and a host of converters and other special tricks just to get a simple ebook or a ringtone or another simple media file to work like it’s supposed to on your phone.

WALTR 2 is built to end that file transfer nightmare — and right now, you can get WALTR 2 for your Mac or Windows at a big discount: $19, over 50 percent off its regular price from TNW Deals.

WALTR 2 is but a humble file manager program, yet under that unassuming surface is a crazy powerful converter. With WALTR 2, all you do is drag and drop your music or video file, a PDF, ePUB or any of a load of formatted media to your Apple device. That’s when WALTR 2 gets to work, sifting through an automatic file conversion process that magically pushes your previously unsupported media file to your iPhone for playback. Just like that, it’s done.

If you love lossless music formats like FLAC or video formats like MKV — formats that aren’t supported by iTunes — WALTR 2 has you covered. It not only makes your content recognizable and playable on an iOS device, it also maintains all its original metadata as well. In some cases, it can can even spot your video, identify it and fill in any metadata you’re missing.

For those who traffic in media (and who doesn’t these days), WALTR 2 is a set-it-and-forget program that virtually eliminates file format headaches.

Read next: Securing web sites with HTTPS made them less accessible