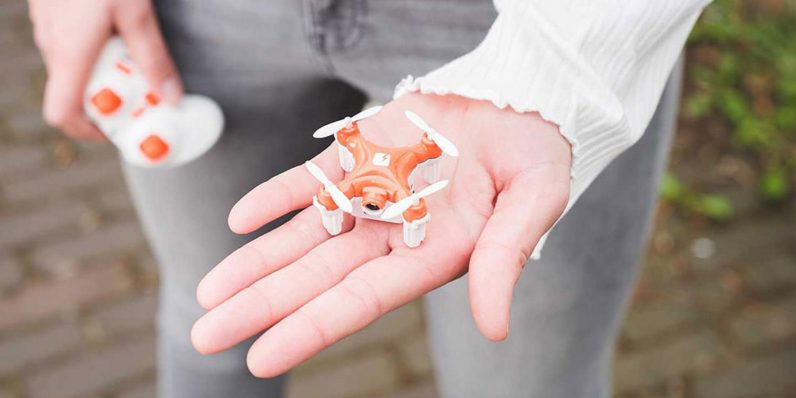 Having your own personal mini-drone isn’t so outlandish anymore. In fact, the U.S. Army just cut a deal to put tiny flying nano-drones in the hands of infantry units to help give them a better idea of their surroundings in combat situations.

You probably won’t need to spot an hostile insurgents with the SKEYE Nano 2 Camera Drone, but it’s nice to know the world’s smallest camera flyer is locked and loaded for any of your own surveillance missions. Right now, you can pick up a Nano 2 for half off the regular price from TWN Deals, just $29.

The entire craft is less than 2 inches across, weighs less than an ounce and is flight-ready within minutes. With its Ready to Fly technology, all you’ve got to do is push a button for takeoff, then pilot with the included controller or on your smartphone using WiFi. With a 6-axis flight control system and adjustable gyro sensitivity, you can steer the craft with uncanny precision.

Your piloting will undoubtedly be helped by the HD-capable, Wi-Fi-controlled camera shooting  back crystal clear first-person-view video of your flight path in real time. You can also task your Nano 2 to record video or snap pictures, capturing aerial maneuvers, birds eye footage or even a nice selfie from its hovering position.

The Nano 2 was created as a introductory drone, allowing even novice flyers to get a handle on how to fly and capture video or stills quickly. Best of all, it doesn’t come with the standard hefty drone price tag. With this limited time deal, you can get a Nano 2 for $29, a 50 percent savings, while the offer lasts.

Read next: AI can kick your ass at all these games