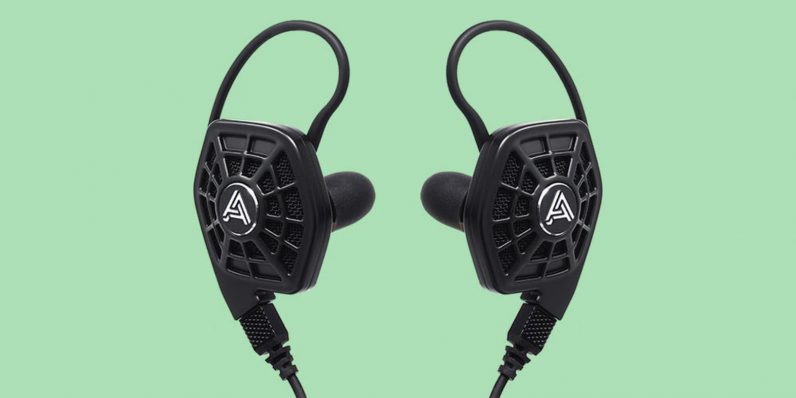 In an age where earbuds and headphones are so dime-a-dozen that they’re given away free on plane flights, there aren’t many models that ultimately stand out or make you do a double take. So when outlets like Apple Insider, the New York Times, and even TNW’s own Napier Lopez note an audio experience that isn’t quite the norm, it’s worth taking notice.

The Audeze iSine10 headphones are most definitely not the standard issue headphones…and you can find out why right now at a big 30 percent off its regular price — only $272 right now from TNW Deals with coupon code GIFTSHOP15.

The unorthodox design makes it look like the trippy web-inspired earpiece is funneling sound directly into your brain…which is basically what it’s doing. The iSine10 employ planar magnetic sound drivers almost twice as large — and twice as powerful — as standard in-ear headphones. That generates more clarity and less distortion (less than 0.1%, even at high volumes) than the iSine’s main competitors, creating what Napier calls an “expansive, dynamic soundstage.”

You’ve even got the ability to customize your sound with different settings available through the Audeze iOS app.

Meanwhile, while this 2017 CES Innovation Award honoree has a vaguely alien-ish look, the earpieces are engineered for long-term listening comfort. So even though the cool look of the iSine10 may draw attention from the curious, you’ll likely forget you’re even wearing them.

Regularly $399, you can get the iSine10 along with a DSP-optimized Lightning cable for delivering high-end sound right now at 30 percent off — only $272. with coupon code GIFTSHOP15. A version is also available with a standard cable for just $279.

Read next: Google's AI guru predicts humans and machines will merge within 20 years