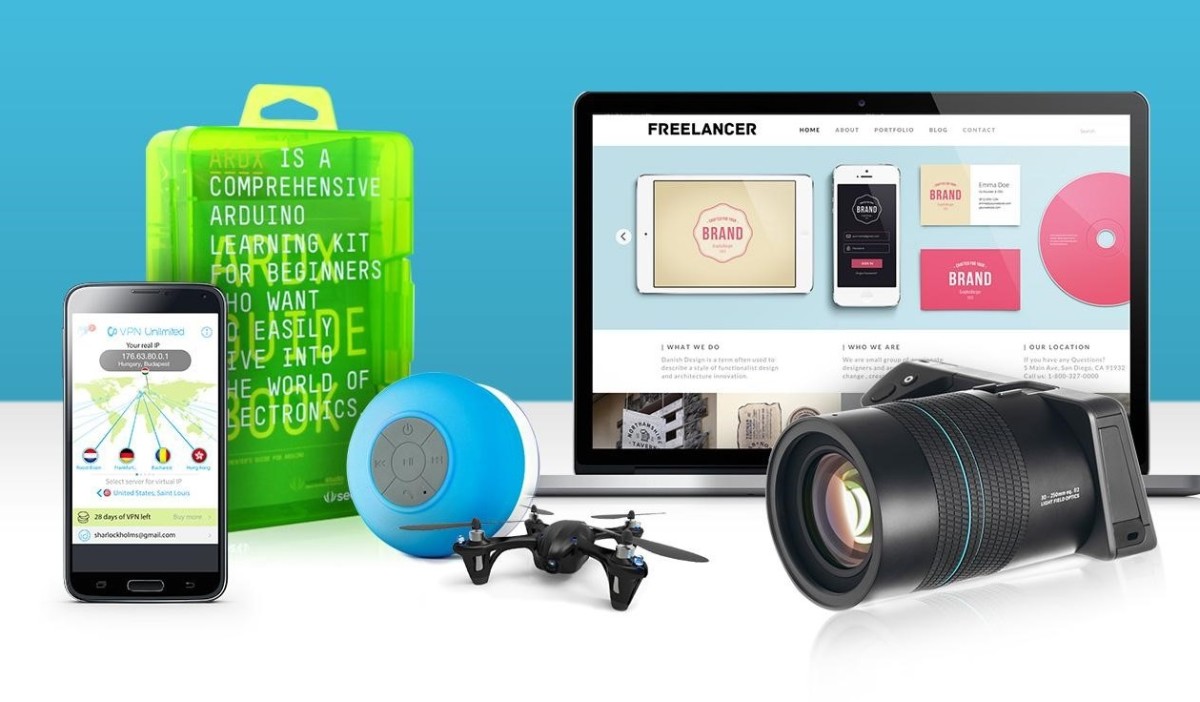 The year’s end is a time of holiday cheer and reflection, of celebrating the great things we’ve encountered throughout the year.

TNW is feeling the giving spirit, with our Top 10 Deals of 2015 on the TNW Deals store. Check them out below for your chance at extra savings before time runs out!

The Complete 2015 Learn to Code Bundle

Whether you’re determined to upgrade your career or just a little curious, the Complete 2015 Learn to Code bundle is the perfect entry point for developing programming expertise.

These courses are rarely available at a 94 percent discount, but for a limited time you can pick up the entire set for $54. ➤ Get this deal

The ability to code is one of the most valuable and sought-after skills around, and you can get a running start with the Interactive Coding Bootcamp.

With a curriculum totaling over 33 hours of video content, the ICB offers beginner tutorials in HTML, CSS, JavaScript, JQuery, Ruby on Rails, Node.js, front-end frameworks, databases, e-commerce, Git, and more. Get it for $39, a full 92 percent off over at TNW Deals. ➤ Get this deal

While the Code Black is palm-sized, the most popular drone of all time drops the cute in favor of a sleek, Batmobile-like exterior, complete with glowing blue lights and an SD camera for killer aerial video.

It has the full complement of six-axis gyro stabilization, with two flight modes, and four pre-programmed flips. It also has a rotor guard, and charges via USB. Now available for $69 from TNW Deals. ➤Get this deal

If you’re interested in getting into building your own websites and apps, the Back-End Developer Bundle is the best way to get started. The collection includes a range of courses to teach you Ruby, Python and PHP at your own pace, and at your own price!

With over 95 hours of training content, these eight courses take you through the basics with no programming experience necessary, and help you hone your coding skills from there. When you’ve completed all the courses in this bundle, you’ll be able to write clean, efficient code and work on real projects. ➤Get this deal

Most music and video streaming services use geo-restrictions to limit access to their services, which creates headaches for international users who want to access (and pay) for the likes of Hulu Plus, HBO Go or Netflix.

A solution has been found in Getflix, a smart DNS service that removes the geoblock feature for the US version of Netflix, Hulu, BBC iPlayer and many more streaming media services across the globe.

Usually, these services operate with monthly subscription packages. But Getflix is temporarily offering a lifetime subscription for only $39 – that’s a massive 88% saving down from $330. ➤Get this deal

The Mobile-First Developer’s Bundle teaches you native app development from scratch, and you can pay whatever you like for it. Ten courses show you how to start making apps for iOS, Android and HTML5, beginning with Apple’s efficient Swift programming language, and how to optimize your Android apps for Lollipop 5.0.

You’ll learn to build games with Unity 3D, and convert any WordPress site into a native app. There are also tracks on designing for the best possible user experience, and for monetizing your apps with advertising or in-app purchases.

You can pay whatever you like to get the first two courses in the bundle. To get the rest of the courses, you simply need to beat the average price – check it out at TNW Deals. ➤Get this deal

The best approach to creating the most efficient and effective business structure involves both Six Sigma and Lean principles. With 37 hours of learning in the new Lean Six Sigma Project Manager Courses & Certifications offer on TNW Deals, you’ll understand concrete processes for increasing efficiency and limiting wasted time and effort.

As you earn a globally recognized certification in quality management, you’ll develop the skills and confidence necessary to command a high-level salary in the world of project management, sales and marketing and more.

At 96 percent off, the opportunity to take a leap in your project management skillset has never been more affordable. Now just $79 on TNW Deals. ➤Get this deal

The Raspberry Pi Foundation has released a new and improved model of its iconic microcomputer – the kit that’s taught countless curious minds the fundamentals of electronics and robotics.

The Complete Raspberry Pi 2 Starter Kit will put you in command of all the necessary programs, and the world of possibilities within this next generation microcomputer, to get you building and programming in no time.

Get it now on TNW Deals for just $115 with free shipping. ➤Get this deal

Quiet showers are no fun. Take your favorite tunes with you into your shower with the Bluetooth Shower Speaker from TRNDlabs. With a rechargeable battery, a suction cup to easily attach to just about any surface, playback/call control buttons and a range of 10m, this speaker’s ready to party.

Get the Bluetooth Shower Speaker for only $34.99 and kick out the jams in your shower, or at your next pool party or beach blowout. ➤Get this deal

If you’re ready to take the programming plunge, start with this course bundle that covers everything you need to master Java. The six included courses pack over 71 hours of tutorials to take you through the basics of Java programming, as well as the Java Swing user interface toolkit, Android app development, website building and a lot more.

We’ve got the entire bundle at 90 percent off here at TNW Deals! Order now and get access to all six courses to watch and learn from at your own pace on Udemy, for just $39! ➤Get this deal

Read next: Microsoft has launched a dedicated philanthropic organization