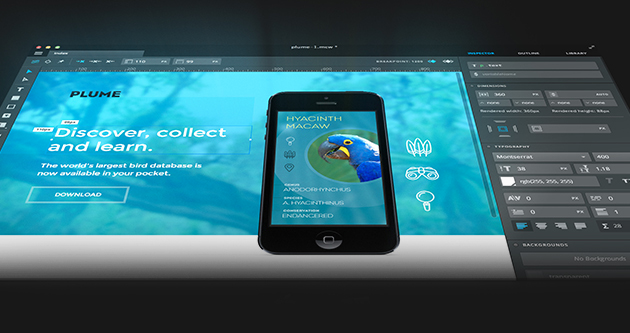 Web designing is more than setting up eye-appealing images on a page and slapping some words together for publishing.

To bring a functional website to life, meticulous amounts of HTML are needed to add front end functionality. In the past, designers were restricted to processes through Adobe Creative Suite to draw up their sites, while programmers looked to Coda 2 to outline the protocols. But now there’s finally a tool to execute the full workflow in one fell swoop: Macaw.

Web design tool Macaw was created to push HTML as the “standard deliverable at every stage of the process – from conception to deployment,” according to Macaw creators Tom Giannattasio and Adam Christ. You can get it now for $49, a full 72 percent off the listing price, at TNW Deals.

Macaw is a powerful, one-of-a-kind image editor and code generator which allows you style and manipulate elements by hand, before generating the HTML and CSS to bring your ideas to life.

Macaw’s design environment is powered by a real-time layout engine called Stream, with an interface similar to Photoshop, enabling a fluid design process while helping developers get the exact code they need. The software speeds up the production process for both Web designers and developers, easing collaborations and ambitious projects.

The days of fighting layout logic are over. Get the Macaw Code-Savvy Web Design Tool for just $49 at TNW Deals.

Read next: How Italy used its 'World's Fair' to showcase some of its most innovative startups