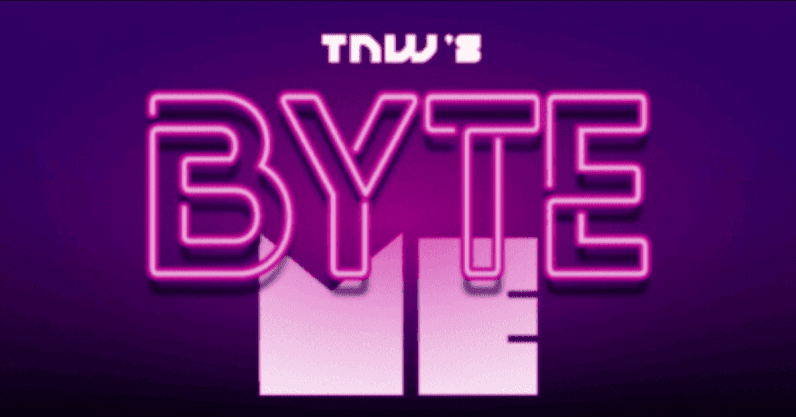 We have some really sad, horrifically tragic news, maybe even the worst thing that’s happened in 2020…

This newsletter will be our last Byte Me. *SOB*

Cara and Gigi are both moving on to greener pastures. We’re abandoning our mama Anouk, and the Byte Me cause, like the treacherous woman-haters we are.

We’re completely devastated that Byte Me is coming to an end, because it’s something we genuinely love creating every month. We’ve heard from so many of you who tell us you love it — or hate it. Either way, thank you so much for reading!

But hey, this doesn’t have to be a full goodbye — you can follow Gigi, Cara, and Anouk on Twitter. We’d also URGE you to subscribe to Big Spam, our dailyish love/hate letter to technology.

Unfortunately, some men are involved with Big Spam, but we promise it’s still full of snark and feminism.

Our gloriously gifted designer, Saïna, has one last beautiful illustration for us:

that’s what she said: what makes a good feminist role model?

For this month’s that’s what she said, we’re discussing what makes a good feminist role model. We’ve linked to our full discussion here, and included the TL;DR below:

Her election spawned a lot of excitement — features and think pieces on how she’s breaking new ground for women. BUT some people are also coming out and saying she’s hardly breaking any new ground, cos other women leaders have already done it, and have been even better role models.

So what makes a good feminist role model? Maybe good to start first with: is Kamala Harris a good role model?

Georgina: Why? Is she just a good role model cos she’s the “first” in a lot of ways? Or has she done more to back it up?

Anouk: She’s concerned with being a role model to all minorities (racial minorities, LGBTI) not just women. She’s a self-made woman with an extensive law career.

Cara: She’s very outspoken about issues facing minorities and women, something that is rarely spoken about in a progressive way in politics. I felt very hopeful for the first time in foreevvvveeerrr seeing her be elected as the Vice President.

Georgina: I think what people were arguing was that just cos she’s the ‘first’ in some ways, does not automatically make her a great role model… I don’t agree with them, I do think she’s a feminist role model, but she’s not perfect right? Her legacy is v “tough on crime” — which many argue is anti-black. Can a good role model have bad bits?

Anouk: Hmm, so in order to be a good role model, you need to support more than just women? We agree it’s also about supporting all underrepresented groups?

You can check out the full conversation here.

The worst? “Something like ‘why are you bothering with all this women’s stuff?'”

why does this look like my cervix before and after seeing footage of the entire trump family pic.twitter.com/Pvu1AoGMJn

— the Lancelot of the revolutionary set (@TheIndiaMike) November 18, 2020

Yesterday was International Men’s Day. (Well really, today, because we’re writing this on Thursday the 19th).

Wait, what? You missed it??? Typical. I bet you celebrated International Women’s Day, didn’t you? You probably Instagrammed some inspirational quote by Kamala Harris or Dolly Parton, shoving the message of gender equality in everyone’s faces.

Too bad you didn’t pay men the same courtesy on their special day. But lucky for you, the Byte Me shrews are here to take you through the highlights:

Many men were very upset Google didn’t do a special doodle:

Thanks for the support as always, Google. Happy #InternationalMensDay pic.twitter.com/s4CJAUk8vV

Some took a moment to speak up on the perils of manhood:

And some went with old-fashioned, straight-up misogyny:

Men will be men #InternationalMensDay pic.twitter.com/3VwpUw7kTC

Was it all this petty and bad? Of course not. Just like in life, most men supporting ‘International Men’s Day’ are totally decent.

Many of them took the chance to celebrate their male friends and family. Others specifically involved gay and misgendered men in their messages. Some used the hashtag to promote awareness for domestic violence against men, or the importance of mental health.

Happy #InternationalMensDay you sexy international men. Use today to check in on yourself, look after your noggin, check in on a mate if you can, throw off the antiquated gender roles and live your best life you glorious international dickheads.

After 21 editions of Byte Me’s Word of the Month — varying from Men Going Their Own Way (MGTOW) to LinkedIncels — we’ve seen the worst of the male species. We’ve waded through countless misogynistic tweets, somewhat desensitized but never fully oblivious to the never-ending stream of hate these men are sending our way.

But let’s forget that for just a moment. Because it’s International Men’s Day. And because we love our male readers, who actually make up a whopping 37% of our readership.

Dear men, we appreciate you and your struggles. We want you to stay happy and healthy and be the best men you could be — this is partly what upending the patriarchy is all about! And yes, we believe you deserve your own doodle, too.

We’ll miss you! And we know you’ll miss us… Reply to this newsletter with your goodbyes, and don’t forget to subscribe to Big Spam.