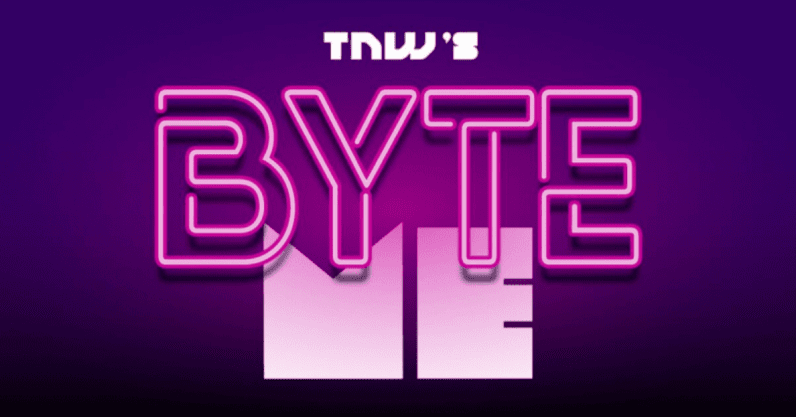 Some updates from us: Cara is continuing to shock Britain with her football prowess — her team has moved up to a higher league. While Anouk’s trampolining classes have unfortunately been canceled, her terrifying cat is still very large. Gigi is going through a housing crisis, so she’s very tense, but going to the movies a lot — to continue the pussy theme, Cats has been her (un-ironic) favorite. Also, Cara and Gigi both have birthdays this month, so wish us happy birthday.

Each month, our gloriously gifted designer, Saïna, illustrates a weird comment or tweet we receive from one of TNW’s misogynistic, or just funny, readers. Here’s the latest:

Not to brag, but every month we get numerous shows of admiration from people writing in or tweeting to tell us how much they love this newsletter, and by extension, us. Shout out to Madisen, Nadia, Vanessa, and Paul <3 We agree that we’re great. Now onto the news!

that’s what she said: is it feminist to use your sexuality to get ahead?

For this month’s that’s what she said, we’re discussing using your sexuality to get ahead at work, the “Naked Philanthropist,” and slut-shaming. We’ve linked to our full discussion here, and included the TL;DR below:

Georgina: Is it feminist for a woman to use her sexuality to get something?

Anouk: I think that when men/women use sex to better their position, it fucks up the whole dynamic within an organization, and others are affected too.

Georgina: True, but that might be the goal? By “fucking up the dynamic” you could be fucking up patriarchal organizations… that seems to be a common reason why women do it, like, to get on the same power playing field as men.

Anouk: But adding sex to the mix (at least for women) doesn’t really level the playing field — I think it actually sets both groups apart more.

Georgina: But saying it’s anti-feminist is also blaming women a bit for the situation they’re in.

Cara: Yeah the responsibility of changing a ‘boys club’ culture shouldn’t fall on women, but it usually does.

Georgina: I guess what I’m trying to say is that there’s an idealized version of feminism, where we’re all educated, and we’ve read the right articles and books, and we know what’s right and wrong, black and white… but there are cases where women are just without any fighting power and trying to make a living. I can’t blame them for using whatever they can, even if it is not necessarily beneficial to the greater good.

Cara: There are so many different realities of feminism, so the middle ground is hard to find. You’ll probably find it’ll be the white, middle-class feminists saying ‘sleeping your way to the top is wrong.’

Anouk: That’s true — but still, even those who might not have other choices, while I don’t think they deserve to be slut-shamed and I do have compassion, that doesn’t make it feminist.

The best?
“The best was from my dad who always encouraged me to pitch my writing everywhere and ask anyone for an interview by telling me, ‘the worst they could say is no.’ As my favorite filmmaker John Waters likes to say: ‘a no is free.'”

The worst?
“The worst advice I received is from a professor who told me to wait to write about sex toys until after I got tenure because it was too risky. My response was, ‘No! I’m writing about sex toys now! I’ll never get tenure! And if I can’t get an academic job, Chili’s Bar and Grill told me they will always take me back as a waitress.'”

after successfully logging into my appleID on the third try, I whisper to myself “a woman in STEM”

I always think it’s sweet when a guy writes a little article. Good job with the spelling baby

word of the month: brofanity

To true bros, some things are better left unsaid.

Language is a funny thing. Words like “cunt” or “fuck” can make certain people cringe, while others — us included — gloss over them without much further thought.

But which words make a bro’s neck hairs stand on end? Which phrase will never leave a bro’s lips? In short, what qualifies as brofanity?

In the first category of brofanity: Latin names for female body parts. Vulva. Vagina. Has any bro ever whispered “Let me caress your labia,” to you in the dark? No? Our point, exactly.

[Fun side note here: Many parts of the female reproductive system have been named by, and after, bros. Yet they WON’T SAY IT? AND PROBABLY DON’T EVEN KNOW WHERE ANY OF THESE REPRODUCTIVE PARTS ARE? Thanks a lot, Gabriel Fallopian.]

Second category: Bros aren’t keen on feminist lingo, either. Words like ‘patriarchy’ and ‘gender fluidity’ can be crossed off the list. They don’t exist to them, anyway.

The final, more complex category consists of language used by bros to hurt other bros: The deadliest sin of bro-dom. It’s perfectly illustrated in this comment:

Dear bros, don’t ever call your bros ‘bitch.’ Not in a bar. Not in private. Just don’t. It’s totally OK when describing your new girlfriend, though.

Read next: We’re upping our game with 12 great themes for TNW2020 — check them out here