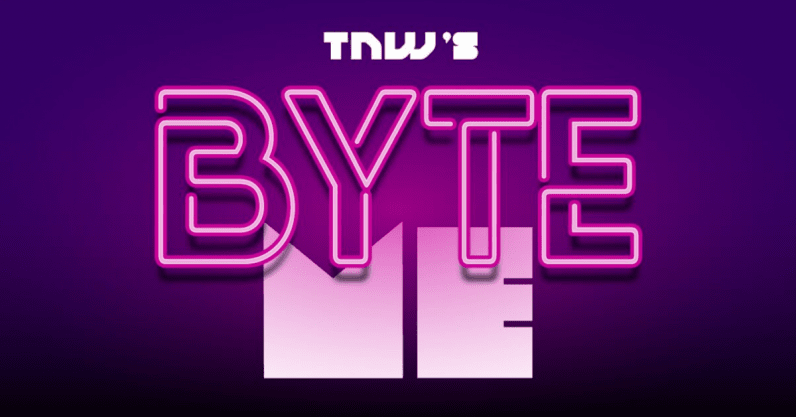 Since we last spoke, Anouk was made the first-ever queen of editorial, Cara’s edgy football club won their division (and she scored a bajillion goals), and Gigi’s mum won a big tech award, so that bodes well for her genes.

Each month, our gloriously talented designer, Saïna, illustrates a weird comment or tweet we receive from one of TNW’s misogynistic, or just odd, readers. Here’s this month’s:

What? Let’s unpack this, with art.

that’s what she said:  Is it ok to benefit from positive discrimination?

Georgina: Tough question: is it ok to benefit from positive discrimination?

Anouk: As a woman working in tech, it’s inevitable you benefit from your gender sometimes.

Cara: I think it’s a difficult question to quantify with a straight, simple answer. On one side there’s the argument of “if you’re qualified, then you should get the job”… but obviously, it doesn’t always work that way.

As a woman, or someone from a minority group, there’s a chance you’ve never been given as much initial opportunity to build a career. Which is why diversity schemes, which are relatively new, are needed.

Georgina: Tokenism is shit — but diversity schemes aren’t only for the benefit of woman, but the companies themselves. Companies have massive PR fuckups because they didn’t have a diverse group in the decision-making meetings to be like “errr don’t do that.”

Anouk: So here’s another question… if you were hired because you’re a woman, would you want to know?

Georgina: I’d be ok with knowing that part of the reason I was hired because I was a woman — but only for a team who actually values having diversity of thought, not a team who are blatantly like “we had to.”

Cara: Yeah, I’d also be fine with it. But it would still feel weird for sure.

Georgina: Have either of you ever felt uncomfortably favored bc of your gender? Like you didn’t feel it was deserved, or you felt guilty?

Anouk: I’ve not felt guilty, but there were occasions when certain gender-related topics or headlines were discussed in the team and I was actively involved to give my opinion. Like: let’s ask Anouk, she has a vagina.

Cara: Also, I think there’s more pressure to perform above and beyond if you’re a token hire — you have more to prove.

Anouk: Yeah, specifically when women are hired into positions to fix their predecessor’s bullshit… the glass cliff.

Georgina: And companies shouldn’t just look for any woman to fill a diversity quota, it should be about skill and experience — but if diversity of thought is important to you, you better make that a priority.

In this section, we ask women much smarter than us about the best and worst piece of professional advice they’ve ever received. This month’s is from Caitlin Doughty, a funeral director, death expert, and star of the popular YouTube series “Ask a Mortician.”

“Don’t be afraid to take huge risks. The more scared you are, the more interesting the project probably is.”

The worst?
“Focus only on the funeral home, because people will lose interest in your videos and books very quickly.”

who made this it is MAGNIFICENT pic.twitter.com/s2KsXqgLdb

I would love to see a pregnancy test advert where the woman waits nervously, reads NOT PREGNANT, says ‘Oh thank CHRIST’, chucks it in the bin and then sticks a straw in a bottle of wine

word of the month: milftech

Before we dive into this edition’s Word of the Month, let’s start with an important, albeit controversial, remark: we loathe mommy bloggers. They are the absolute worst. The snot-wiping scum of the earth. And judging from Google’s search results, many others agree:

So what is it about mommy bloggers that makes them so annoying? Countless things. They host gender reveal parties. They write about topics that are utterly disgusting, like this soccer mom discussing her kid’s boogers. They make charts to show why working mothers are the Antichrist.

But it might be that self-given label, mommy blogger, that is most worrisome. Is it that your private life is made public, and profitable? Or the industrialization and exploitation of children who are building online presences without their knowledge or consent? Who knows.

Having said that, we do love and support mothers, stay-at-home and working. Some of us (mainly Gigi) drool over babies, too. And as tech writers, we believe it’s important to cover this demographic. Like when we wrote about startup Elvie, which developed a tubeless breast pump women can fit in their bras. Or when we covered this smart baby crib.

But don’t expect us to use the word ‘mommy’ — ever. ‘Mum tech’ makes as almost equally uncomfortable.

Instead, we came up with an alternative: milftech. Gadgets for women who fuck and who just happened to have given birth. Like this pelvic floor trainer, also by Elvie. Or tech for pregnant women, like this wearable pregnancy tracker by Bloomlife.

“This year’s Milftech section at CES promises gadgets galore and electronics of every iteration.”

**Editor’s note from Gigi: I actually aspire to be a mommy blogger, but don’t tell the others.**

Read next: Netflix shows free episode to non-subscribers as streaming competition heats up