GitHub is getting the facelift it deserves — and you secretly want — via ZenHub Epics.

Epics was created to make issue management in GitHub easier and lot nicer to look at, and a lot more friendly to work on. Rather than a static list of problems, developers will see a nicely laid out issues grid and a status bar to track progress. You can also rearrange the Issues list a bit, and comment on what’s happening without ever leaving Epics. 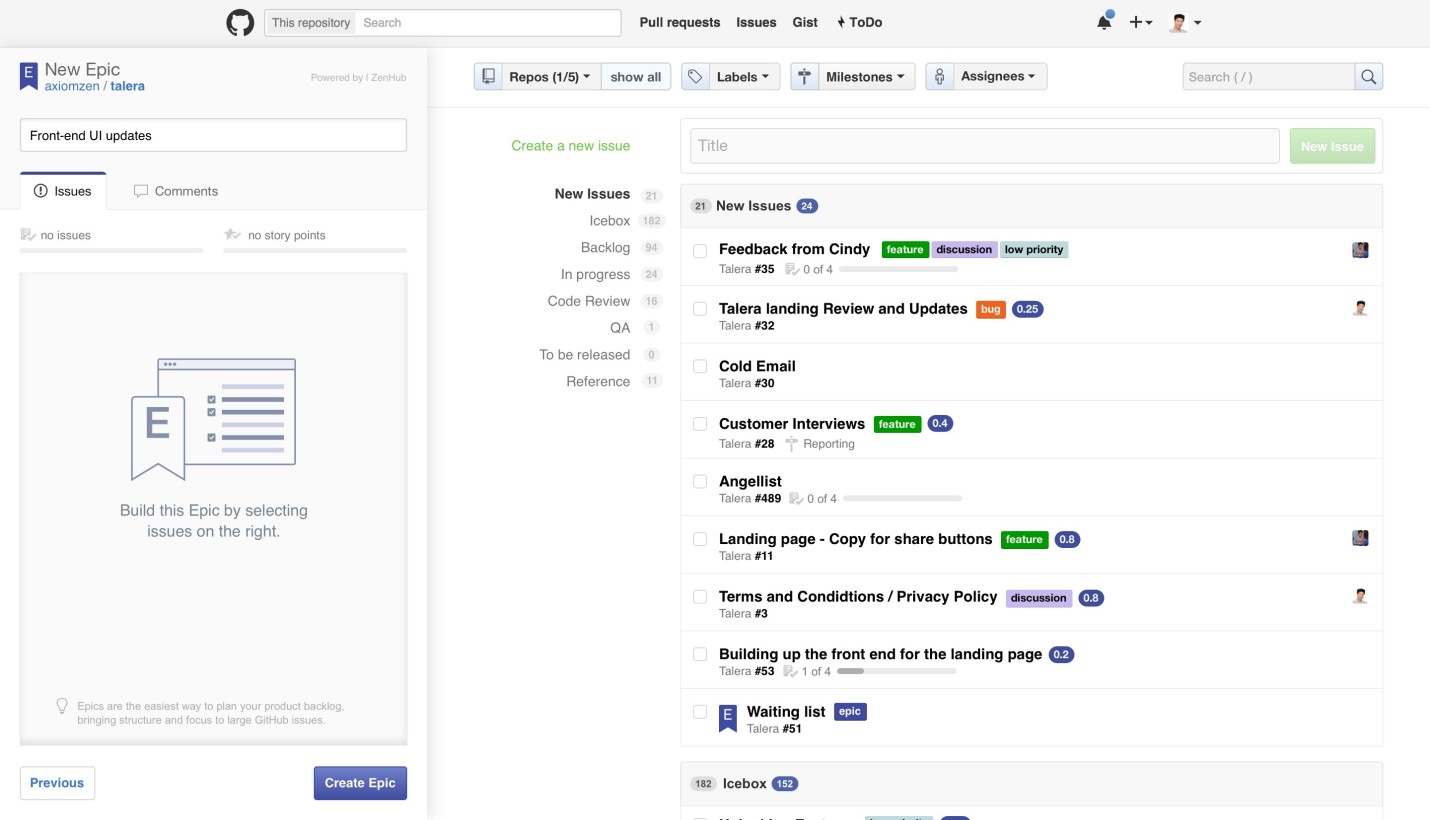 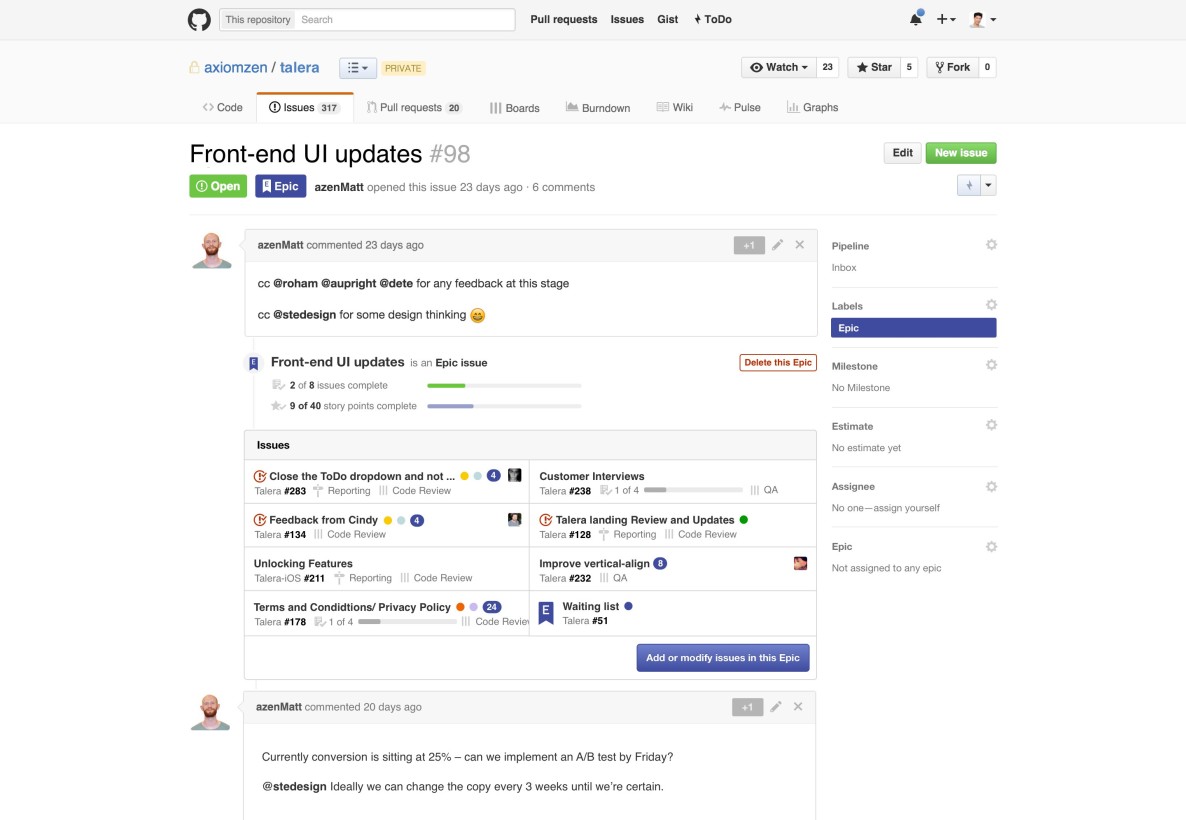 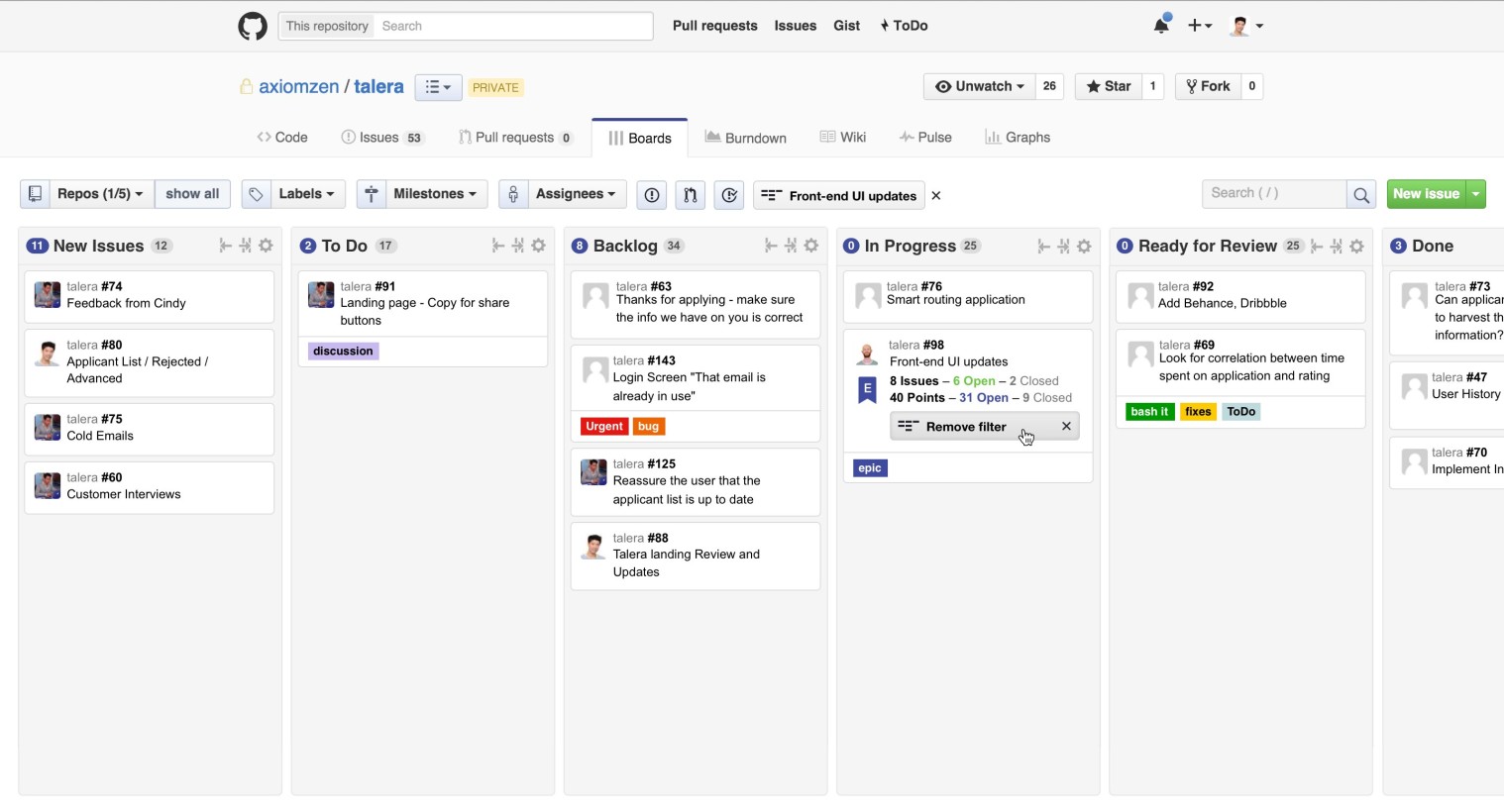 Interestingly enough, better issue visualization and handling was a requested feature in that ‘Dear GitHub’ letter that circulated earlier this year. Their reasoning is that it would save time and allow for better communication.

ZenHub considers Epics competitive with JIRA, but points out it doesn’t ask developers to leave GitHub (where they’re typically spending quite a bit of time anyway). That should help with getting sidetracked (leave that for when your build is compiling).

It also works with ZenHub’s other tools like Boards, Burndown and Wiki, which the company says doubles GitHub usage for its customers. If you’ve been lamenting GitHub’s Issue tracking interface, ZenHub Epics may be just what you’ve been looking for. It doesn’t change the functionality of Issue tracking at all, but it’s a lot nicer to look.