This article was published on February 13, 2015

Foursquare is trying to lure in more users; people new to the platform can now try out the app without creating an account.

It’s a small but significant usability shift; when I first started using Yelp, I didn’t bother to create an account until I became interested in writing reviews. Likewise, users searching Google for restaurant reviews don’t have to waste time on a sign-up. 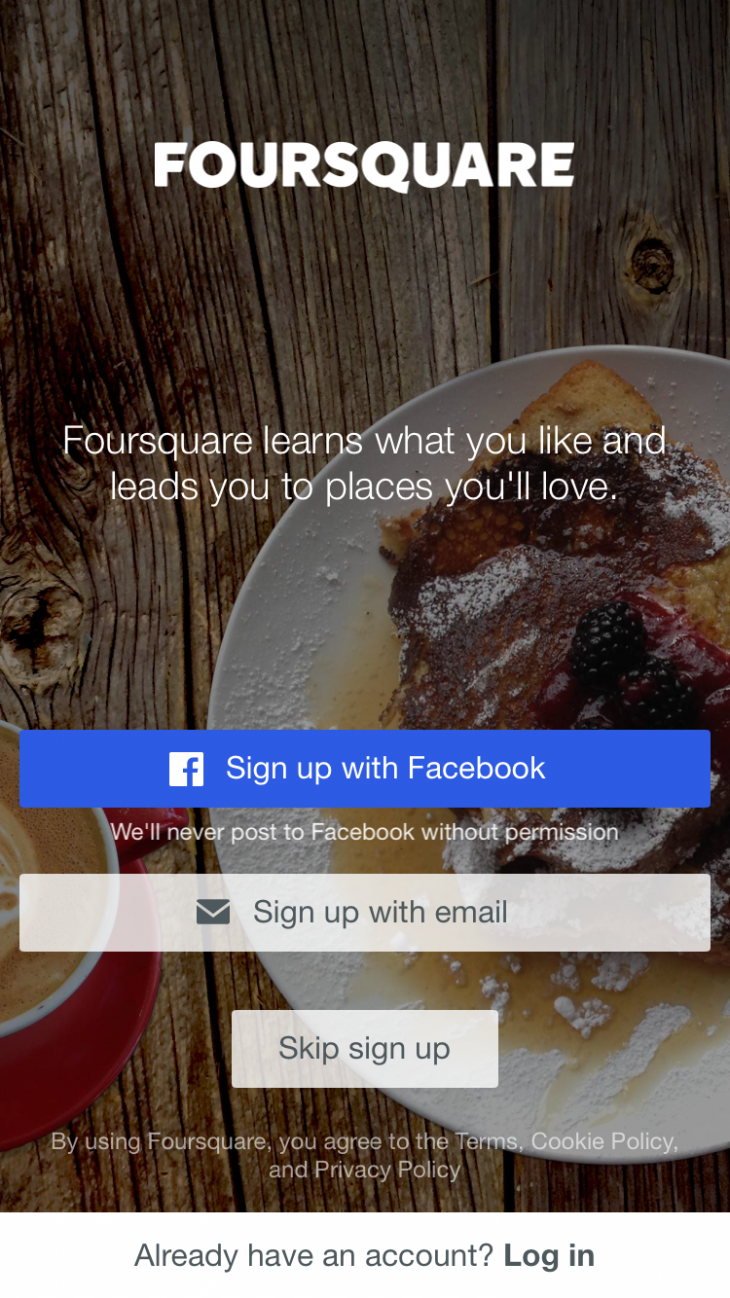 Those who care about signing up will do so on their own time. If the company simply wants more people to use its platforms instead of competitors, it makes sense to remove any friction.

Granted, Foursquare does ask about your food preferences during sign up to tailor your search results – a useful feature – but the new system should make the platform more accessible. The app still prompts users about their tastes on the homescreen, but you can search without any roadblocks.

The updated iOS version also includes a new widget to make it easier to receive tips while you’re outside. To add it, simply pull down your Today screen and tap on the Edit button. As usual, there are a few bug fixes, as well as “a bunch of small improvement to the iPad app.”

You can download Foursquare from the Google Play Store or Apple’s App Store now.