With photo editing at its core, NYC based Aviary wants to power every mobile photo application on the planet. The startup has grown exponentially since the release of its mobile SDK, but now a massive partnership with Yahoo changes everything.

Yahoo’s own Flickr has been struggling as of late to gain confidence from the photographer community, and this is exactly why the site has taken steps, albeit somewhat small steps, to refresh itself. The move to bring Aviary’s slick, recently redesigned photo editor immediately into the site shows that Yahoo isn’t giving up without a fight. And while I’m not sure how often in-browser photo editing was utilized by users (Flickr had been using Google’s PicNik, which is closing shop), this move shows Flickr wants to and can evolve.

According to Flickr, the update “will roll the new editor out to people over the next two weeks starting this Thursday. If you don’t see it in your ‘Actions’ menu yet, check back in a couple days.”

Aviary announced it was editing over 2 million photos per week back in December, and was already integrated into countless popular apps like picplz, Rockmelt, Friendcaster for Facebook, Getaround, Fashism, Mindbloom, iLoader for Facebook and Pic-collage. 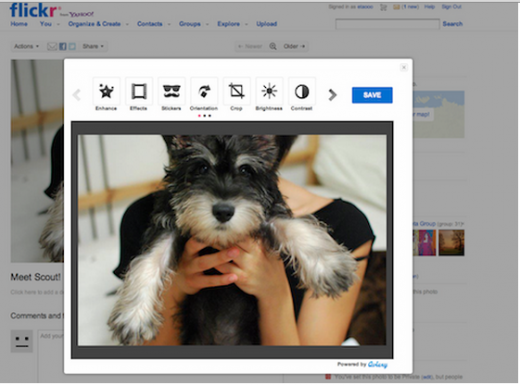 The startup’s mobile initiative only began this past September, and the entire photo API has been around for less than a year. Now, Flickr’s 75 million users, with over 3.5 million daily uploads, will ignite Aviary’s already impressive growth. 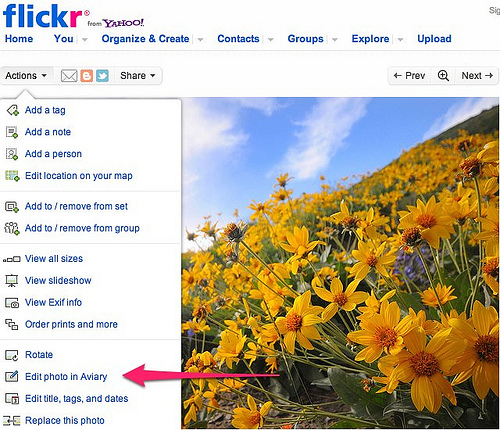 We built Aviary’s web editor with Flickr users in mind. All editing happens directly on Flickr itself using HTML5, allowing for quick load times, fast photo processing and a great overall user experience. You can’t ask for a better community than Flickr to help give you feedback in crafting the perfect photo-editing experience. 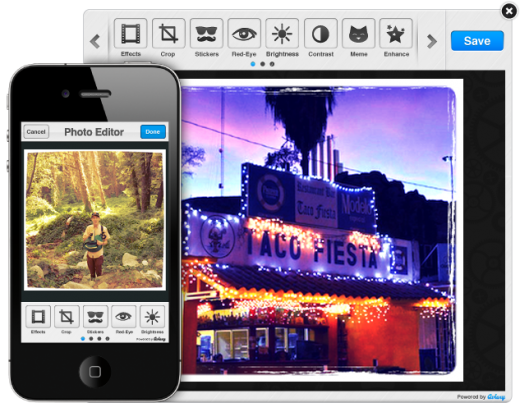 As for Yahoo, it just confirmed over 2,000 job cuts today. This is exactly why teaming up with Aviary is such a great idea for the site, since the tool won’t require in-house development and is already quite impressive.

Tens of thousands of members edit their photos on Flickr each day, so we know that photo editing is something that the Flickrverse cares about. We listened to you to find out what you value the most in an online photo editor, and the the same 2 attributes kept coming back: speed and simplicity.

Speed. Editing a photo online should be fast. And we’ve worked very hard with the Aviary team to deliver a fast and uncluttered experience. Your photo loads and is ready to be edited in seconds.

Simplicity. Editing on Flickr should be simple and fun. With the Aviary editor, beginners will find that there’s almost no learning curve and more demanding users will appreciate the versatility of the tool. You can apply new app like filters, stickers, text, and save it back to your photostream with just a few clicks.

We’ll have to wait and see if Aviary’s integration can charm Flickr users to stay, but for now it certainly looks like a promising addition. This, paired with visual and speed enhancements, could help turn the entire community around.

For more on Aviary, check out how it hosted The World’s Largest Photo Hack Day in NY back in August and the hosted Photo Hack Day II. You can also read about how Fashism integrated Aviary into its app with its Lucky Magazine partnership.