Popular Chinese smartphone manufacturer Xiaomi has joined the wearables fray as it unveiled today its very first wearable device, a fitness band for only CNY79 ($13).

The Mi Band features sensors for tracking various health metrics and can even act as an alarm clock.

Xiaomi CEO Lei Jun took to the stage today to show off the fitness band, explaining that he had tried a lot of competing similar devices in the past but none ever stuck. In a snub to its competitors, Lei said that Xiaomi has striven to make the Mi Band stand out with a few key features — in particular, it can last 30 days on a full charge, and is waterproof with an IP67 standard.

Related: We go hands-on with the Mi Band 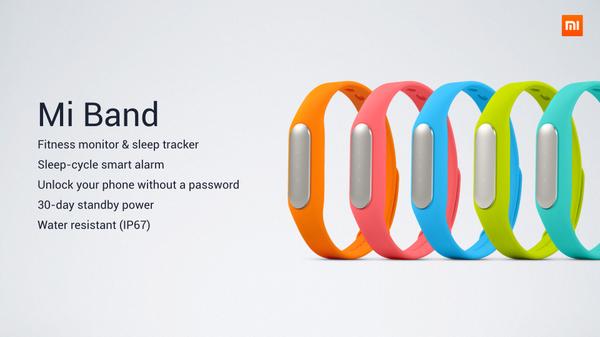 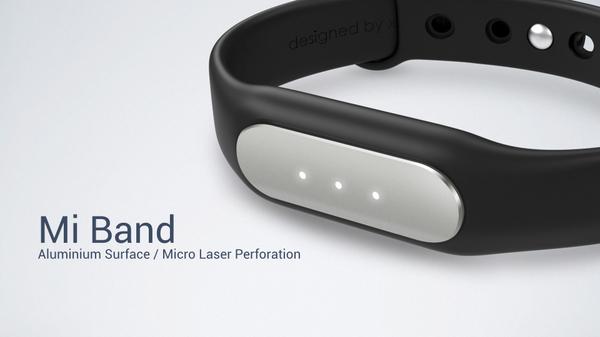 Another nifty feature is that the Mi Band can even unlock a Xiaomi smartphone, eliminating the inconvenience of having to key in your password multiple times a day.

Strangely enough, Lei barely touched on the “fitness” aspect of the Mi Band though.

There’s no doubt that Xiaomi is competing mainly on price as it hopes for this new fitness tracker to appeal to its loyal fan base. However, as wearables start taking off, the Mi Band with its long battery life, several designs and attractive price, looks set to be popular even beyond Mi fans.

Lei revealed future plans for the Mi Band include making it into a personal ID — so it can unlock your door when you come home, or switch on smart appliances and gadgets, for example.

Lei also has bold ambitions for the gadget to be the “world’s most popular fitness band” — let’s see what will happen as it goes on shelves, as Lei didn’t reveal any specific dates for when it will start going on sale, not to mention international launch plans.