European scientists have recently announced plans build the tallest, and second-largest structure ever created by man, second only to the Great Wall of China. Located over 3,000 feet below the Mediterranean Ocean, the building will serve as a way “to find astrophysical neutrinos originating in cosmic cataclysms,” reports Popsci.

The neutrino detector, named KM3NeT, “will stare at the seafloor in an effort to see neutrinos making their way through the Earth.” The detector, which spans three cubic kilometers, “will also serve as a new oceanography observatory in one of the world’s busiest bodies of water, helping biologists listen to whales and study bioluminescent organisms.” More from Popsci:

The goal is to find astrophysical neutrinos originating in cosmic cataclysms, Riccobene said. They could help explain the origin of cosmic rays, the proton flux that rains down on the Earth from unknown sources.

Much of the general public probably had never heard the word “neutrino” until the still-controversial faster-than-light claims made by a separate group of Italian physicists made news this fall. The supposedly speedy neutrinos glimpsed by the OPERA experiment were created in a beam of protons, and hurled underneath the Alps from Geneva to Gran Sasso, an Italian mountain that sits atop a physics lab.

The heart of The KM3NeT is a ‘stand alone sensor module’ with 31 three-inch photomultiplier tubes in a 17-inch glass sphere. These spheres contain hypersensitive cameras that can detect a single photon.

To discover more about this feat, take some time to read Rebecca Boyle’s far more articulate full article. You’ll be blown away. 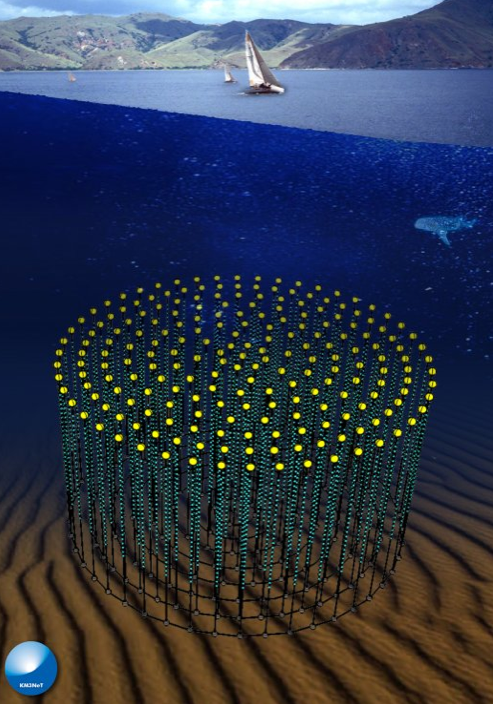