Fashion resource site Wikifashion is giving us Australia new cred on the international fasion scene. The site, which started life as a hobby born out of Madeline Veenstra‘s frustration with the web, is now supported by more than 600 fashion bloggers and is establishing itself as a ‘go to’ resource for followers of style the world over.

From hobby to full-time commitment

The idea began began in August 2009 when Veenstra saw the potential for a site dedicated to hosting fashion images and information.

“I’d often use Wikipedia to find information about fashion but it isn’t very image-centric website. An Australian fashion forum that I used had some issues which forced it to use Flickr and other sites to host its images, so I went ahead and founded Wikifashion.”

Wikifashion allows members to add and edit content to its pages in the same way that Wikipedia and other crowd-sourced sites do, while it also place a particular emphasis on photography, which Veenstra found to be lacking elsewhere on the web.

The site is now a full-time commitment for the 25 year old after she left her day job earlier this year in order to dedicate her full attention to the project.

“It began to get difficult to do both my job and the site, so I decided to focus on Wikifashion full-time. It is very exciting and completely different to my previous job as an econometrician,” she says.

Veenstra is currently the only full-timer at Wikifashion, although co-founder Coen Hyde looks after web development on what she describes as “a very part-time basis”. One major part of his, and Veenstra’s focus, however, is to grow the community aspect of the site.

“We want to make the site more semantic with more community based features. We’re looking into building a forum, although that sounds basic it will allow our members to comment on articles more easily. We’ll also consider adding other social pages in the future too.”

The first priority is to continue Wikifashion’s progress and gain greater visibility among fashion lovers and the industry itself.

“At the start, we had bloggers contacting us to contibute but now we have big brands in Australia, the US and other places who upload their content directly to the site.”

The involvement of the fashion industry is one of the key factors as Wikifashion seeks to increase its content and become a more useful resource.

“We want to be the essential resource for fashion,” explains Veenstra. “Currently fashion brands send their new fashion books and collects to PRs, who send then send them on to fashion media to be published. We are looking to create a different system that is not so top down.”

In terms of international brands, Wikifashion has worked with, or seen uploads to its site, from H&M and Designers for Target, along with a number of Australian brands, which have included Alannah Hill, Sportsgirl and Oroton. Equally, its content has been used by a range of international media including Madison magazine online, Vogue Nippon and MTV.

To help further raise its profile amongst the industry, Wikifashion has been active in the US where it sponsored events at SXSW and New York fashion week. Veenstra and Hyde were also in New York earlier this year for “a number of meet-ups”. 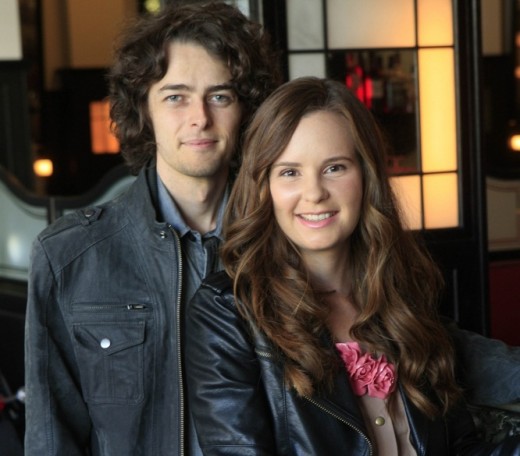 It is New York where Veenstra sees her, and the site, moving to, particularly in light of the fact that many of its fans pay it the ultimate compliment in thinking that it is already there.

“A lot of people are surprised to find that we’re from in Australia, they assume that we’re based in New York,” she says. “They get a shock hearing that we are in Brisbane.”

Currently, the site makes its money through web advertising, sponsored content and sponsored events but, to help fund a move to the US, the team is in the “very early stages” of seeking venture capital.

According to Veenstra, traffic to the Wikifashion has doubled over the last few months, with the site recently seeing 250,000 monthly page views from 55,000 unique visitors. That’s a mighty impressive accomplishment from what was just a hobby as recently as two years ago, and Wikifashion may yet continue to grow its reach in the fashion world.