Everybody’s heard of and uses Wikipedia, but what about the for-profit company founded by Wikipedia’s own Jimmy Wales? Wikia is one of the biggest internet companies around, but it’s likely not on your radar yet. This year, that’s all going to change.

I had personally heard of Wikia but never knew exactly what it was. Put simply, if you’ve ever seen a specialized Wiki outside of Wikipedia, the odds are it was hosted on Wikia. The site packs an enormous amount of content, with users collaborating, discussing and consuming nearly anything you can imagine.

Wikia is also completely free, ad-supported and is all linked together under one navigation bar that sits atop every page. So far, all of its driving growth has had everything to do with users. 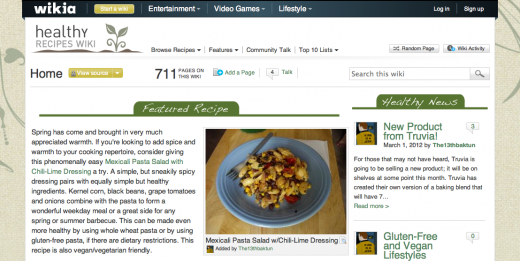 Listed among the top 10 social networks and blogs in the U.S. by Nielsen in 2011, Wikia sees nearly 50 million global unique visitors per month, has over 339,000 communities (600 new ones added daily), and is witnessing 42% traffic growth year-over-year.

More specifically, gaming and entertainment communities have been Wikia’s bread and butter. The site hosts over 65k game wikis with 2.48M game pages. Elder Scrolls, for example has 8k+ content pages and it would take a month to read them all at 5 minutes per page. 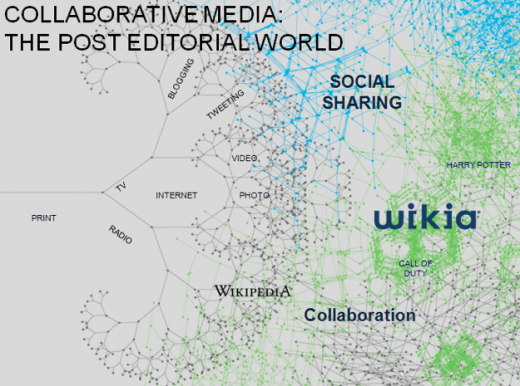 TNW spent some time with Wikia’s new CEO Craig Palmer, the former CEO of Gracenote, to talk about its past, present and future:

HW: Wikia has seen much growth, so why is it that it’s “the largest social network we’ve never heard of?”

CP: Wikia continues to experience organic growth due to the nature of its collaboratively created content. Scale through collaboration is generating over 20 million pages of content from upwards of 50 million users. Only now has Wikia made a concerted effort to fuel that natural momentum with key hires around content and marketing. The brand up until now has not been marketed.

HW: How is Wikia fostering a new breed of journalism?

CP: Community and collaboration come first at Wikia. Our knowledgeable and passionate users create real, reliable and unique content. In a recent audience study, over 80% of Wikia’s users cited knowledge and quality of content as key characteristics and allure of Wikia.

HW: What do you think of Wikia’s direction for the future of collaborating online?

CP: Obviously we’re jazzed about it. Wikia is leading the wave of the future of how content will be created and consumed. Knowing that the minds of many helped to author something rings truer and more extensive than one or even a few.

Wikia’s network of content creators, which range from obsessive Lost fans and hardcore gamers to casual fans, is ready to grow faster than ever before, with many major announcements to come this year.

What’s most exciting, though, is the organic push towards collaborative content and news. It shows an evolution from past generations, where consumers become creators. You can learn more about this movement on Wikia via the link below.