It’s not often that a government transport document leaves you gobsmacked. But there was one line in the foreword of the latest in this genre by Grant Shapps, the transport secretary, that did just that. It reads:

[In the future] public transport and active travel (walking and cycling) will be the natural first choice for our daily activities. We will use our cars less and be able to rely on a convenient, cost-effective and coherent public transport network.

That line makes Shapps the first British transport secretary in 20 years to acknowledge that car use will need to fall. The urgent need to decarbonize the transport sector is the obvious reason behind this sudden shift – transport is the UK’s most polluting sector, contributing 28% of all domestic greenhouse gas emissions in 2018.

The government’s recent consultation, entitled Decarbonising Transport, set out the challenge and highlighted some of the initiatives that are already underway to cut carbon from transport.

Until now, the emphasis on reducing emissions has been on adopting zero-emission technology like electric cars. Encouraging people to cut their car use and change their travel behavior – by walking and cycling rather than driving for short distances – has been an afterthought.

But research shows that simply replacing petrol and diesel cars with electric ones won’t be enough on its own to ensure the transport sector plays its part in meeting the UK’s climate commitments. Changes in how people travel will be needed, too.

Decarbonizing Transport commits the government to a policy for reducing vehicle emissions after Brexit that’s at least as ambitious as the EU approach. Since 58% of car journeys in the UK are under five miles, it notes the huge potential for walking and cycling to replace cars and implies there’ll be greater investment in electrifying buses and railways in the future.

There’s also a whole chapter dedicated to freight, which is often neglected in transport policy. It covers how rail freight can be electrified and proposes solutions for powering heavy goods vehicles. It even recounts the potential of e-cargo bikes – electric bikes for goods delivery – and notes that in one London trial, the supermarket Sainsbury’s managed to cater for 97% of its deliveries on a single trip with one.

But there is also plenty to criticize in the government’s approach. Perhaps most of all, the absence of international flights and shipping from carbon budgets in the new consultation effectively gives these sectors a free pass.

The government also recently committed £27 billion over five years to building new roads and upgrading old ones in England, including a tunnel under Stonehenge and an even bigger one beneath the River Thames. Road building tends to generate extra traffic by changing travel patterns and attracting new developments adjacent to new roads that contribute to dependence on cars. Such a large program is likely to undermine any vision for scaling down car use.

In light of the court of appeal decision on the Heathrow third runway, it’s possible that the government’s road-building strategy won’t stand up in court. This is because it runs counter to the government’s commitments to cut carbon emissions.

Meanwhile, current planning policies include setting targets for house building in places and with designs that add to car dependence. Much new housing is developed on greenfield sites or on the outskirts of small towns where public transport is limited. These are often built at low density with plentiful car parking, and with limited local facilities and services and sometimes even without pavements.

There is little in the government’s consultation on upgrading local public transport to help such new developments reduce their dependence on cars. There is no mention of light rail or trams in the consultation, though these options are low emission.

Car-sharing, travel plans that aim to cut car travel at schools and workplaces and other small-scale measures appear to be mostly absent, too – despite evidence that they can reduce emissions. Unless this is addressed, it’s hard to see how the government’s new vision can be realized.

At the heart of the consultation is a wider problem. The examples it gives, such as e-cargo bikes and cycling schemes, are chiefly urban in design. A clear vision for decarbonized transport is needed for people living outside cities.

All of this is being discussed at a time when travel behavior has had to change massively. Travel restrictions will be relaxed once the COVID-19 pandemic dissipates, but some changes might continue and could support decarbonization. People have learned how to work and meet remotely for one, and the government should prioritize entrenching some of this behavior after the crisis ends.

This article is republished from The Conversation by Stephen Joseph, Visiting Professor, Smart Mobility Research Unit, University of Hertfordshire under a Creative Commons license. Read the original article. 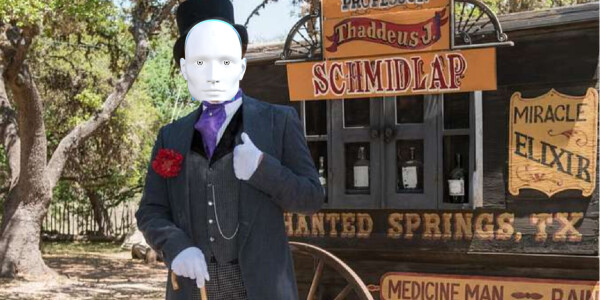