Earlier this week, WhatsApp updated its FAQ page with instructions on how people can use its new unsend feature that lets users purge the embarrassing messages they sent before their intended recipient has had a chance to read them. But unfortunately, most users still didn’t have access to the new functionality.

This changes today. The Facebook subsidiary has announced in a new blog post that it has begun rolling out the unsend feature to all of its users worldwide. “This feature is rolling out for users around the world on the latest versions of iPhone, Android, Windows Phone as well as desktop,” the post read.

Here is what you can expect: 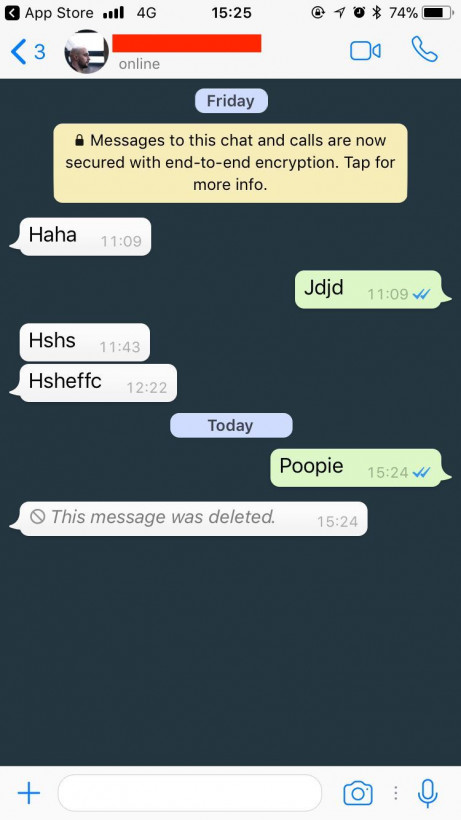 To access ‘Delete for everyone,’ make sure you’ve updated to the latest version on WhatsApp. Another thing to keep in mind is that using the feature won’t work unless “[b]oth you and the message recipient” are running the app’s latest iteration.

To give you some context, though ‘Delete for everyone’ is only making its way to the official release now, WhatsApp has been testing the feature since at least June.

To avoid sending a message you will regret (thinking you could unsend it whenever you want), it might be worth catching a peek at all the particularities of using ‘Delete for everyone.’ We’ve pretty much summed everything up here.