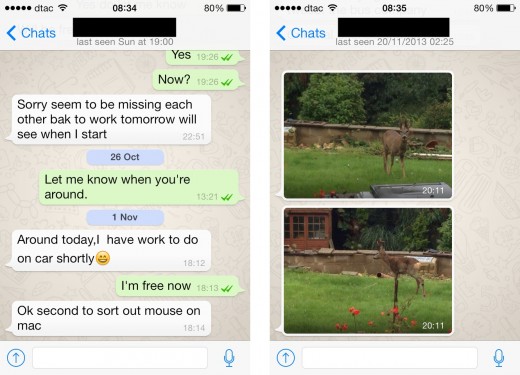 WhatsApp, the popular messaging service with over 350 million monthly users, has finally been redesigned for iOS 7 after getting an update that adds a number of other new features and tweaks.

Aside from the new layout, the app lets users send broadcast messages to specific lists — allowing them to reach specific work colleagues, friends, other people with a single status update message.

Changes to the app also include new notification sounds, larger thumbnail images, the option to crop images before sharing them, and more.

Related: WhatsApp is leading the mobile messaging battle, but will it win the war?