Communication plays a role in all information exchanged between living species. Technically speaking, even plants and fungi communicate with each other.

What sets us humans apart is the speed at which our means of communication develops and innovates. Technology has been helping us to communicate easier, faster and more often. We’re now at a point where we’re “always on” and panic sets in when we temporarily lose the ability to communicate – for example when we lose the data connection our mobile phone.

As with all innovation the direction we innovate is a combination of what is technically possible and what is socially desirable. Technological developments determine the possibilities, but our needs determine which technology will actually break through and remain a facet of our life.  Morse code, Telex, Fax, iMode, WAP and ICQ have all been replaced by better and easier-to-use tools. Communicating with random strangers through Chatroulette didn’t quite make it, but who knows what will happen with Airtime.

However, in spite of technological developments, we still don’t seem to understand each other. Google is working on Google Translate for speech, but if we can translate the message, does that really mean that we understand what the other person is saying?

What we want is less noise, more context, ease of use, ease of access and the certainty that our listeners understand the message. We’d like our messages to end up with the right person, without governments, corporations or cybercriminals peeking at information that isn’t meant for them. We’d even like to spur people into action. We have always used communication to convince or even make other people do what we want. Improved communication technologies help us to do that quicker and on a larger scale, hugely influencing the next divide between the haves and the have-nots.

Where will this lead us?

We asked 6 experts from different fields to share their view on the future of communication. 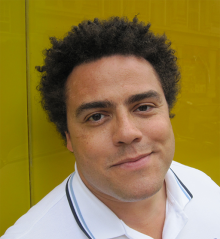 Long before today’s technology existed, the African drum was perhaps the most powerful messaging technology, passing information across thousands of miles and hundreds of communities. A drum beat has so many subtleties that a solution was needed to ensure the right message was exchanged. In a language like Kele, for example, phrases like “Alambaka boli” meant “He watched the river bank” but also could mean “He boiled his wife’s mother” which is a problem unless you can add a story around the phrase to ensure there isn’t any unfortunate misunderstanding.

So that’s exactly what the drummers did. They added context to words, so for instance, the word “Songe” which means “Moon” would actually be drummed as “The moon looks down at the earth”. Throughout history what is considered as the more developed world, has continually struggled to create an efficient communication system that can add context to plain words. When the telephone was invented, the fabulous reality was that we could hold distant conversations and spend as long as we liked adding context. However, our technological innovations that set out to make things more efficient, have also provided us with the ability to communicate in far easier and quicker ways, without so much effort. We can now communicate in a socially acceptable way without adding so much context, writing micro headlines on micro billboards, but truthfully we are accelerating confusion and misunderstanding. Remember the last text you sent that someone didn’t understand? Remember the email that got misunderstood? Or maybe a tweet that you realize could be interpreted in a different way (but you only had 140 characters to use)?

The future of communication could go in several ways. Looking at where we are today, it would seem likely we will continue to create automated technologies to increasingly carry out tasks we don’t want to do. It’s possible we will look to create more communication tools that will advise us how to reason, and advise us how to feel. If you think about it, this may well remove what is left of being a human from our race. Alternatively, we may stop to consider the fact that our modern, cutting edge communication tools and platforms, are actually under-developed in comparison to African drums from many, many centuries ago. Our fascinating technology could potentially be considered as context vacuums that allow us to express for the sake of expressing, rather than express for distributing meaning. 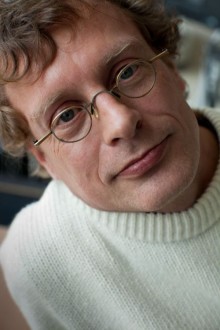 It’s amazing. In only a few years touchscreens in our smartphones and tablets drastically changed the way we interact with humans and machines. In the next few years we’ll see an explosion of touchscreens invading every part of our lives; from the bathroom mirror, to the touchscreen table and even the possibility to interact with your living-room touch window.

Yet, I see touchscreens partially as an intermediate interface technology. Scientists worldwide are working hard to develop Natural User Interfaces with the ultimate aim of making computing and communication ubiquitous as a natural part of our lives.

The early signs of such technologies are already here. Intelligent personal assistants such as Apple’s Siri and Samsung’s S-voice allow us to input text or speak commands with our voice instead of typing. With Kinect and Wii like technologies we can control devices by using gestures. Brain-computer interfaces which read our thoughts are also in the make. Several parties such as Google are also developing augmented reality glasses that display information on top of what we see around us and Microsoft is even working with University of Washington scientists to develop electronic contact lenses with built-in AR displays.

Sure, it’s still early days but just imagine that you only have to think ‘show messages’ and the latest tweets pops up on your contacts and you click the virtual buttons just by making a gesture. Beats all those smudgy fingerprints on your smartphone touchscreen display.

Lone Frank – Beyond Speech and Gestures

I’m sure we’ll see brain-to-machine communication where we control various computertypes with thinking – that is specific brain activity. In our car, our home and so on. 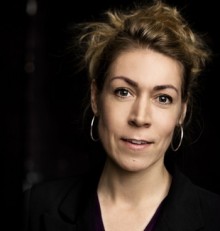 An important element will probably also be mood-communication: that our mood (reflected in brain wave patterns) will affect our surroundings in order for them to give feedback and for example lift our mood and shape it in various ways. You could imagine that your house picks up on your general mood and seeks to lift it (if it’s down) by turning up certain lights, putting on certain music and so on.

Dream modification will be another interesting area – the dream we wake up from in the morning largely determines in what mood we start the day. So if that last dream period can be modified in a positive direction through fx soundscapes played softly by your iPhone (by your bed) it would potentially mean a lot for your life, work and productivity.

Whether we will have direct communication brain-to-brain via some sort of implanted or just attached devices I’m not sure. Partly because I’m not sure who would want that. But I’m sure it will be technically possible.

Some things in politics never seem to change. It’s still about messaging and mobilizing voters. Particularly when talking about American campaigns, what really drives all is money. Yet, where politicians get their money from and where they spend it, is rapidly
changing.

Collecting money is increasingly done using innovative technologies. From email campaigns to texting, and from Facebook to Pinterest, modern day campaigns are very much run like tech start-ups by bright, skilled minds who are able to connect to more voters 24/7. And, of course, ask them for some cash. That said, all these digital operations may cost a lot, but most is still spend not on Tweets, or apps but on TV advertising.

Looking ahead this might well change. Tech-savvy campaign staffers are taking cues from game developers and app builders and are harnessing the affordances of networked technologies. Two overlapping trends are likely to become more prominent in the months and years ahead.

First, with all things digital, campaigns are more data-driven than ever before. It’s all about metrics, metrics, metrics. Combining sophisticated and surprisingly detailed user profiles with online technologies and “old” tech as direct mailing, robocalls and TV ads,
strategists can now truly microtarget voters. Have you donated before, and are you a woman caring about social issues? Then you get a different ad, email and folder then, let’s say, your more conservative brother who lives in a different state.

Second, as audiences go mobile, so do political campaigns. Location based technologies can further aid in delivering pinpointed messages as well as collecting money and date on the go. But equally important, mobile tools allow for further grassroots organizing: connecting (potential) voters online as well as offline. Because in the end, all politics is local, and all politics is personal.

Axel Arnbak – Who is reading your e-mails?

How often do you send a hardcopy postcard these days? In only ten years, electronic communications have developed into the critical utility on which our economic, social and cultural life depends. From banking, via politics to family life, everything is or wants to be mediated by the internet. The web makes communication easy, cheap, fun and is connecting people to knowledge by the billions. Surely, the kind of innovative paradigm shift people will be talking about for centuries to come.

In large part, we thank this spectacular transition to the open and decentralised nature of protocols that underlie the internet, such as the aptly named Internet Protocol. These protocols are the blood veins of any communication via the web. They were designed with the democratization of the technology in mind. The early inventors of IP and other technical protocols, however, never imagined the extremely rapid uptake of the technology, and thus never prioritised information security.

Just read any given respectable news source on any given day, and you’ll read something about flailing information security in it. For me, this presents the foremost challenge to the future of our communications. Too slowly we are realizing, that we cannot blindly trust the security, the integrity and the confidentiality, of our communications. That is it hard or even impossible to be sure whether or not your communications are safe from snooping by cybercriminals, governments or corporations. And yes, this includes your tweets, likes
and mails. Insecurity is all around us.

The future of communication is already here, it’s just – to paraphrase William Gibson – not evenly distributed. Instead of radical departures from what we have, we will most likely see incremental improvements.

The bottleneck today isn’t new mediums of communication–video, images, sound, and text serve us very well–but that we are limited in having continuous access to these mechanisms of communication. Most of these limitations are, furthermore, artificial in nature and imposed by the old-guard gatekeepers, the mobile network operators.