How to be successful with an over-the-top TV service in Latin America? That is the question some of the sector’s experts tried to answer yesterday during a panel at Streaming Media East in New York.

As you may know, over-the-top (also known as OTT) can be defined as streaming video services delivered to subscribers via broadband owned by a third-party network operator. From a consumer perspective, this means that you can watch movies via Netflix, rather than via your cable or Internet provider.

While Netflix itself was notably absent from the panel, the speakers represented an interesting sample of OTT players in Latin America. Despite their differences, most of them agreed on key elements that determine whether or not a service will be successful in the region.

“There’s a wrong belief that Latin America is the US south of the border – but it’s not”, Antonio Barreto pointed out. The CEO of content aggregation company DLA, he insisted that anyone thinking they were still in Kansas would be doomed to fail. 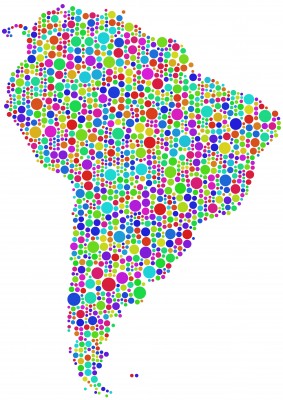 As a Canadian, Totalmovie‘s founder Bob Delamar says he had a cultural advantage over his American counterparts in that respect; thanks to his personal experience, he knew that what works in the US won’t necessarily work in Canada, let alone in Latin America.

However, this isn’t only about the need to adapt to another market. “Latin America isn’t one single market, it is a collection of countries, with their own cultural, social and political situation. This means that you have to be not only local, but multi-local,” Gonzalo de la Vega said.

Currently Telefónica’s director of global development for its global content distribution network (CDN), de la Vega explained that it is the approach the Spanish telecommunications giant adopted across Latin America. For instance, it makes different services available in each country in which it operates – OTT in Argentina, Direct to Home (DTH) and IPTV in Chile, etc.

Compared to its competitors, Telefónica has another huge advantage: its existing billing relationship with customers. Yet Delamar is adamant that, beyond that, the sky is the limit.

As a matter of fact, the OTT space is competitive by definition, as customers now have more choice. According to Barreto, all sorts of companies feel the need to be in this business, from media conglomerates interested in bypassing traditional distribution to network operators, Internet powerhouses and independent platforms.

This diversity was well typified in the panel itself. TotalMovie is backed by the Mexican giant Grupo Salinas, which also owns TV Azteca, while DLA now belongs to the Mexican phone carrier America Movil. As for Chile’s Bazuca, which was represented by its CEO Rodrigo Terrazas, it is owned by the telecommunications company VTR, itself co-owned by Liberty Global.

In this context, it is mandatory for each company to differentiate itself from its many competitors. Besides building a strong brand, panelists insisted on the importance of content – not only deals with Hollywood studios, and hopefully exclusives, but also local programming.

During the Q&A session that followed, Barreto explained that the demographic specificities of the region meant that kids’ content performed particularly well, in addition to other popular genres such as telenovelas and sports. This obviously gives an edge to local players, or to foreign companies that did their homework.

As we reported, Netflix discovered this the hard way when its initial offer received negative feedback in Latin America; since then, the company learned the lesson and reportedly doubled the number of films and TV shows available on its platform.

More generally, Latin America presents other challenges, which US companies tend to underestimate, such as piracy and low credit card penetration, especially among young people, which is a core target for OTT services.

According to Terrazas, the best answer to these questions is to work with locals. User experience and expectations around it are different in Latin America, he explained, suggesting that OTT apps have to be built “by Latinos, for Latinos.”

This is also true of payment method and bandwidth, Terrazas said:

“Every country puts its trust in different method, and you absolutely have to identify them. As for bandwidth, not all countries run at the same speed, and the last mile can be a real headache in some countries – so OTT services need adaptive streaming.”

This is obviously quite a big challenge for over-the-top services, as they don’t have control over the network. “Connectivity is the weakest link, and we need to have realistic expectations; in Latin America, networks aren’t ready for us,” Barreto acknowledged.

Despite these pitfalls, there is no doubt that the region represents an attractive opportunity for the OTT sector, as broadband penetration is growing fast across the region. According to a recent report, there will be 54.6 million broadband subscribers in Latin America by the end of the year, a 15% increase compared to 2011.