A few days ago, Google made an announcement we all knew was coming sooner or later  – heralding the advent of social search. It was only a matter of time before we saw Google+ getting integrated deeper into Google’s existing products, and seeing more of the social network showing up in our search results was inevitable.

The announcement was quick to make waves, prompting Twitter to speak out against what it felt was an unfair advantage for Google’s own social network over other trusted sites. Google’s response was short and sweet, and of course was made using Google+.

So what is Google’s social search? If you happened to miss the buzz, in a nutshell, you’re going to start seeing several new things in your search results – Google+ profiles and pages, your own personal photos and posts, and most significantly, anything that’s been shared with you on Google+. That means that the people you have consciously sought out and circled on Google+ will have a direct influence on your search results. So for those of you who have been circling away with abandon, now might be a good time to revisit your Google+ contacts.

The principle idea behind the new Google feature is to offer users more personalized results. The method, which puts a heck of a lot of Google eggs in the Plus basket, has seen a pretty strong initial backlash, and some users have even gone so far as to delete their Google+ accounts.

On the other hand, some argue that the latest development is nothing but good for Google-users looking for personally relevant results, as Matt Cutts points out. Search results for a generic word – in his case ‘Werewolf’ – yielded search results which included an image he was tagged in on Google+.

While some users might not necessarily like the idea of their own photo turning up in a Google Search result, Cutts doesn’t agree with that point of view. He also points out that his search results didn’t come solely from Google+. Some of the images he found were hosted on Flickr. In our experience, however, this was never the case, with several attempts yielding images from Google+ alone.

The Next Web’s CMO, Jorg Ruis, points out that while personalized search was already a part of Google’s offerings, search is going places it hasn’t gone before:

“Now it’s being pushed heavily (more places, images etc.) to everyone. Everyone will see personalized results by default as there’s no opt-in (there’s an opt-out in settings). Now that Google+ is heading towards 100 million Google+ users, this will have quite an impact. Even the people who went on Google+ once, circled some people and never returned there, they’ll still see personalized results when they’re searching. And we all rely heavily on Google Search, numerous times a day. So this will have quite the impact.”

So not only can you expect your Google Search results to be more personalized, you will start to see more user-influenced results, alongside Google’s ranked results.

Google+ power users will have a direct effect on search results, a consequence which could prove to be a double-edged sword. On the one hand, if you trust your Google+ network, your Google Search results will become even more relevant. On the other hand, could some of those search results be skewed based on an influential user you follow? It’s quite likely.

No one will be more affected by Google’s move than the SEO professionals themselves, so we asked them, what they thought of the change, how it affects the SEO industry and their work. This is what they had to say:

Content creation and promotion via social media has long been a part of SEO, albeit not central to the practice. Google’s “Search Plus Your World” will likely increase the value in producing and spreading socially-targeted content as well as give SEOs even more incentive to grow their networks. Over time, inbound marketing as a whole (the combination of content, search, social and conversion practices) seems likely to overtake the “pure SEO” tactics of accessibility, keyword research, content optimization and link-building as job responsibilities for web marketers.

Google obviously benefits tremendously from social signals. They had a great product during their partnership with Twitter and “Search Plus Your World” looks very similar to a replacement for the data they lost when that partnership ended. It’s also a not-too-subtle way of forcing businesses, marketers and individuals with search ranking aspirations into using Google+. I’d say Google’s only real risk/danger here is if the world’s governments decide this is an abuse of their monopolistic stranglehold on the search market to force users into their social network.

Google+ being “bundled” is not that much different from Microsoft bundling a browser in its operating system. I fully expect the EU to take issue with it. For the user, I think it’s great, but there are definitely anti trust issues.

As for SEO: no SEO will be able to ignore Google+, but that’s been true since its inception. People with large numbers of followers will possibly see an uptake in traffic because of this, but that’s not a change for SEOs. Good SEOs will keep doing what they do: make sites technically excellent, write great content and promote it everywhere… You can bet on even more snake oil SEOs selling google pluses though, and loads of people falling for that.

I think Google Search Plus does change things in the niches where communities exist. For these niches, I believe we’ll need to have two SEO strategies running parallel to each other; a personalised SEO strategy to target those affected by Search Plus, and a non-personalised SEO strategy to target those who are not affected, the latter of which will be the same as what you’re doing already, but the former being a case of finding ways to earn the ‘social approval’ of the people and influencers within your niche.

However, in niches where there is no community (for example ‘zinc coating ships’) this won’t change anything for SEO, at all. 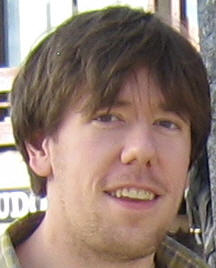 I think Google’s search-bundling strategy is exceptionally effective at building marketshare where most people have a transactional engagement with information (sort prices, read reviews, find fresh news) but it is less clear that the strategy will work to build communities on a social network. Along with many other SEOs, I rushed to set up a Google+ account as a “just in case” strategy, but many of us have already cut back participation heavily. To this day MySpace is still far more popular than Google+ is.

Further, where Google artificially promotes Google+ over legitimate resources, they create a disincentive for participation for those who want to own longterm traffic streams and/or monetize traffic. I searched Google for “seo book” (our brand name) and now for anyone who has +1’ed our brand page on Google+ the search results consist of a couple of AdWords ads, a huge Google+ box, then it only links to our site nearly below the fold. To me this is a terrible user experience & flies counter to Google’s harping on relevancy and speed.

Jorg Ruis, CMO at The Next Web:

When you look at the impact on search/SEO traffic it’s clear that a lot of companies should be more active on Google+ if they haven’t done so, as the content on Google+ shows up in people’s search results as well.

It also shows that SEO, next to having the technical side in order, is – and always was – about making content people love to share and building your brand in a positive way. Nothing new here but sometimes people still want to ‘game’ the algorithm and that’s becoming less and less realistic when there’s such a significant integration of ‘the voice of the people’ in the algorithm.

What happens to your SEO ranking and social media marketing?

If you’re a marketeer looking to benefit from the personalized approach and you’re not already on Google+, it’s obvious that you’re going to want to do something about that right now. Google is forcing the marketeer’s hand, and has all but told them that if they want the top spot on Google’s personal results, they’re going to have to get there by being circled on Google+. A lot. The more followers you have, the more influence you will have on their search results.

While Google can defend its move by saying that personal search results are an opt-out affair, that’s still potential audience lost, so social media marketers need to sit up and take notice of Google+ if they haven’t already.

Looking at it from nothing more than an SEO standpoint, companies can continue to use the exact same method used with Google’s algorithm in mind, while also placing more emphasis on social integration into their marketing tactics. And if they’re not already doing that in some way, shape or form, they have far more to worry about.

Social media has long influenced our online search tactics, whether using the Google Search engine or not, so Google is simply heading in the natural direction that this tool needs to take. There’s a wealth of user-generated content being shared on social networks and tapping into that content is to be expected. It seems bizarre that users feel the need to complain that content that they’ve shared publicly online is appearing… online.

But if Google truly had the end-user’s best interest at heart, and wanted to be taken seriously as a social media tool, social search would have to include far more than its own social network.

Google’s social search seems to be heading in the right direction, and it could have had a far more detrimental effect on SEO, if it were done right. Power users across all social networks would have more influence over our search results.

But not everyone thinks that’s a good thing. Traditional SEO places most of the power in the influential publishers’ hands, and loopholes allow them to game the system. Social search places most of the power in the consumers’ hands, but because it requires real human interaction, it becomes far more difficult to game. And like Joost de Valk says, we’re bound to see people cashing in on +1 scams left, right and centre.

Social search may well be the natural evolution of search. How often do you take to Twitter to look for articles or opinions on a certain topic? By leaving other social networks out of the equation, Google’s move can only be seen as shortsighted.

The restrictions it has placed on the results, coupled with a misstep or two on Google’s part, is holding the feature back and earning it a bucketload of well-earned criticism in the process.