Over the last five to six years, we’ve transformed the way that we consume software with the rise of mobile and the explosion of the app ecosystem. Smartphones have become extremely powerful devices, allowing us to access functionality we’d never dreamed of before the introduction of apps.

Unfortunately, the norm we’ve created for presenting apps to users has resulted in a fragmented and ultimately limiting experience. As it stands, app consumption occurs entirely through app stores. Each store is a walled garden of content and functionality, monitored by gatekeepers such as carriers, manufacturers and platforms. Within these walled gardens, “top” lists and categories dominate — complicating discovery for users and developers alike.

But If the power of smartphones is harnessed entirely through apps, then shouldn’t it be the responsibility of gatekeepers to maximize the availability of all apps and focus on the best discovery method for end-users? 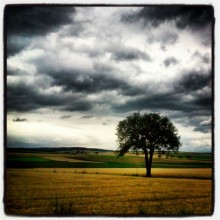 Under the current app store model, average monthly downloads and time spent in app are lauded as the determining metrics for a successful app. However, this doesn’t create an even playing field for all the apps available in each respective app store. Instagram may have reported in January that it has 90 million monthly active users, and this certainly classifies it as one of the most successful apps to date.

Consider less-popular niche apps, though. Doctor Mole, an app designed to help users identify potentially lethal skin cancer spots, is nothing like Instagram. Its success isn’t contingent upon active users or time spent within the app. For most of its users, it’s likely a one-time or two-time use and that’s it.

Between Instagram and Doctor Mole lies a whole spectrum of apps that serve different purposes. Some apps encourage continuous use. Some apps are meant to re-engage users with in-app purchases and incentives. Some apps only want to be called upon when the need for its specific service arises. Because app stores favor apps that accumulate downloads and display significant user retention, it skews the entire ecosystem toward only a slice of what’s available. Furthermore, developers see this model and mostly attempt to create apps that will “make it big” like Instagram.

Although developers feel they all have a fair shot in reaching this goal, the numbers tell a different story. According to Nielsen, over two-thirds of all apps in Apple’s App Store have never been downloaded, and according to Distimo, only 2 percent of the top 250 publishers are newcomers. Furthermore, App Promo found that 63 percent of developers had 50,000 or less downloads for their most successful app.

In perpetuating the current app-store model, we’re letting gatekeepers determine attributes that are “most important” for an app to succeed — when there’s a very diverse ecosystem of apps that don’t necessarily operate under these standards. You might use a social app like Twitter every day, but it’s unlikely you would use a real estate app like Trulia just as frequently. Regardless, everyday apps and one-time apps can and do both have high intrinsic value for a user. You’re excited to see what pictures your friends are taking every day, but you’re probably even more thrilled when you download an app that can help you identify a specific health scare.

In order to create a more balanced discovery model, we need to focus on user experience. Gatekeepers should be concerned with bringing the user the best app for their wants and needs, whether it’s a native app or a web app, whether it’s available in their store or not. To do this, we need to stop treating app stores like a marketplace. Apps aren’t trading cards, and they aren’t Pokémon. The goal isn’t to collect the most and display them proudly in folders upon folders on our home screens.

Apps make up a huge web of functionality, and it’s the potential within them that yields value for both users and developers. New reports from Distimo show that 71 percent of app revenue on U.S. iPhones comes from in-app purchases, compared to 24 percent from paid apps. Taking these numbers into account, it’s clear that apps aren’t focused on selling themselves, but rather on engaging users within the app itself.

At first glance, it would seem that “breaking down” the walled gardens is the solution to our fragmented model. This isn’t correct though — we don’t need to wipe the slate clean and start over. We simply need to find a way to refocus our energy on providing users with the very best experience when it comes to apps. Just because an app has been around for a long time, doesn’t mean it’s useless. Just because an app can only be used for one specific task, doesn’t mean it’s less valuable. Nielsen findings show that 63 percent of users find new apps by searching their respective app stores as opposed to word-of-mouth and third-party sources. With this data in mind, it becomes increasingly important for app stores to provide app discovery in the best possible way.

We also have a responsibility as consumers of the open web to keep it open moving into the future, and this certainly includes app stores. If a web app can serve a better result than a native app, this should immediately be presented to the user. In doing so, the playing field is leveled for app developers. Their apps have an opportunity to be discovered much easier, and they don’t have to face the insurmountable odds of cracking top 20 lists on a variety of different platforms. Developers of a car-buying app like Car Factor don’t need millions of users that have no need for their app to download it — they just need the right users that will actually use it, and it should be the responsibility of gatekeepers to connect these two points.

Under a discovery model that always yields the right solution — regardless of where it came from — we’ll consume apps more rapidly and fulfill more niche needs. Apps should be regarded as a whole web of tools, whether they’re games, social networks, medical advice, or anything else. They’re all part of the same web and to maximize their potential, we need to start treating them as such.